1. Three local men and a woman were arrested and subsequently remanded by the police on Wednesday over their suspected involvement in recent postings on social media touching on religious and racial sensitivities. Bukit Aman Criminal Investigation Department director Datuk Huzir Mohamed said the first arrest involved a Facebook account owner using the moniker Zahrein Zakariah. The man was arrested at about 2.45 pm at the Dang Wangi District Police Headquarters and digital equipment used to upload a post insulting the Prophet Muhammad on July 9 was also seized. We can help him by using the hashtag #FreeZahreinZakariah

2. After coming to know that his daughter is in a lesbian relationship, a 60-year-old man has allegedly committed suicide in the capital by shooting himself in Shahdara's Farsh Bazar area. "On the spot, the man was found at his residence lying in a pool of blood. The man had allegedly shot himself in the abdomen and died on the spot. The body has been sent for autopsy," police said. "On prima facie enquiry, it was found that the deceased had an argument with his younger daughter as she wanted to live with her female friend. After the quarrel, he went outside and came after 20 minutes and shot himself in the outer room of his house, as stated by his wife and his daughters who were present in the house at the time."

3. A Muharram procession in Bihar's Nalanda turned tragic for 60-year-old Mohammed Sayum as he accidentally beheaded himself while showing off his swordsmanship. The incident happened in the Lehri police station region near Sogra college on Wednesday (11 September) and following the accident Sayum died on the spot. The police have registered a case in the matter and have now begun their investigation. As per the report, a large weapon wielding crowd had gathered in the Muharram procession when Sayum decided to show off his swordsmanship when the weapon accidentally struck his neck.

4. A priest in New Zealand who admitted to sexually abusing multiple children in the 1970s and who had illicit child-related content on his computer when he was arrested has now been punished… with one year of home detention and a fine. Michael Beaumont, who was a former member of a Catholic order called the Marist Brothers, admitted to several abuse charges, including one involving a nine-year-old girl while her family had their eyes closed in prayer. Judge Down also ordered Beaumont to pay $3000 in emotional harm payments and that his name should be added to the child sex offenders’ register.

5. A U.S. priest is facing potentially decades in prison for allegedly sexually abusing about 20 boys in the Philippines, including one as young as seven years old. Father Pius Hendricks is currently in jail after being arrested and charged with illicit abuse targeting young kids. A 23-year-old man says that he was an altar boy when he was abused by Hendricks. The abuse continued for more than three years but he told no one until a village outsider began asking questions about the American priest’s extravagant generosity with local boys, and until he feared his brother would be the next victim. One priest who worked with Hendricks admitted to knowing about the abuse; that priest even called him out on it.

6. A Christian driver for Uber kicked a gay couple out of her car Friday night after one woman kissed her partner on the cheek while they were on their way to a concert. According to the customer, Kristin Gauthier, as soon as she gave her girlfriend Jenn Mangan a kiss, “Cynthia” pulled the car over and told the couple to “get out of my car.” She asked why. “I won’t have that in my car.” Have what? “You need to get out of my car because you are gay.” The driver has been fired by Uber.

7. A devout Christian pharmacist posed as the mother of a young boy to have him circumcised against his parents’ wishes, a court heard. Martina Obi-Uzom, 70, took the child to a Jewish mohel, trained in the procedure, for the operation. Obi-Uzom was accompanied by a male friend and filled in a consent form, duping the mohel into believing they were the boy’s parents. His mother was furious when she found out and reported Obi-Uzom to the police, Inner London crown court heard. Judge Freya Newbery handed Obi-Uzom a 14-month prison sentence last September 3 but agreed to suspend it for 18 months, saying there was a “vanishingly small risk of re-offending”. The court heard Obi-Uzom believed circumcision in boys had “great religious and cultural significance”, in accordance with her Christian faith.

8. Sen. Ted Cruz  twisted the Bible while in a Twitter fight with actress Alyssa Milano. It started with a tweet from Milano asking which Bible verse(s) supported the right to own a gun. Cruz quoted an obscure text from the Book of Exodus: “If a thief is caught breaking in at night and is struck a fatal blow, the defender is not guilty of bloodshed” (Exodus 22:2). Cruz himself even conceded the next verse says if the same thing happens during daylight, it’s no longer self-defense and the law forbids it.

9. Pat Robertson warned that Americans are about to get leprosy because that’s God’s way of punishing for legalized abortion. He said, "We have launched a program of destroying the lives of young children, you know, during abortion and even after abortions, they would be killed. And the blatant disregard for human life has gotten to a crescendo. And I wonder if a Holy God is going to do something, and one way He does it is through plague. We have now learned that something is happening in Los Angeles — an emergence of leprosy. Leprosy, ladies and gentlemen, in the United States of America."

10. Pope Francis announced that he would be promoting 13 clerics to the rank of cardinal. Among them was Matteo Zuppi, 63, an Italian archbishop who encourages “a new pastoral attitude that we must seek together with our LGBT brothers and sisters“. In an essay written as a preface for a colleague’s book, Zuppi identifies that there is “a bridge that needs continuous building” between the Church and the LGBT+ community, who he describes as “people of God”. The essay discusses how to have a compassionate, respectful conversation with LGBT+ Catholics to “help them feel more at home in what is, after all, their church”. The decision to promote Zuppi has angered some, with Christian media describing Zuppi as “a homosexualist” who risks challenging the Church’s teachings on LGBT+ rights. 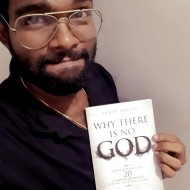