The head of a polygamous sect of the Mormon Church has been on the run since his arrest following fraud and money laundering charges. Less than two weeks after 56-year-old Lyle Jeffs was released from jail and confined to a home in Salt Lake City pending his trial, the de facto head of Fundamentalist Church of Jesus Christ of Latter-day Saints (FLDS) went missing on June 19, confirmed FBI spokesperson Sandra Yi Barker. 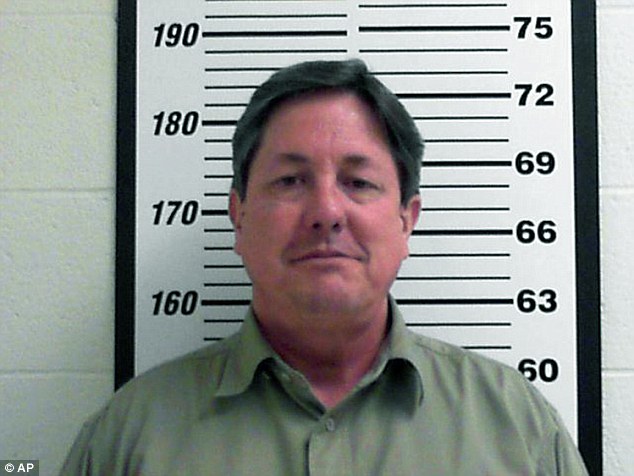 Speculating that Jeffs may be seeking refuge within communities of the sect outside Utah, Barker said the FBI had received several tip offs since his disappearance last month. Barker even warned Mormons in Mexico and Canada, saying their leader could be “armed and dangerous”.

After his release from jail on June 9, Judge Ted Stewart of United States District Court of Utah had ordered Jeffs to wear a GPS device round the clock during his stay in Salt Lake City. It is still not clear how he may have escaped.

Jeffs is the younger brother of Warren Jeffs, a self-professed prophet of Fundamentalist Church of Jesus Christ of Latter-day Saints, who is currently serving life sentence for having sexually abused underage girls that he took as his brides. According to prosecutors, Jeffs has been running the church, including its day-to-day financial affairs, since Warren’s imprisonment in 2007. 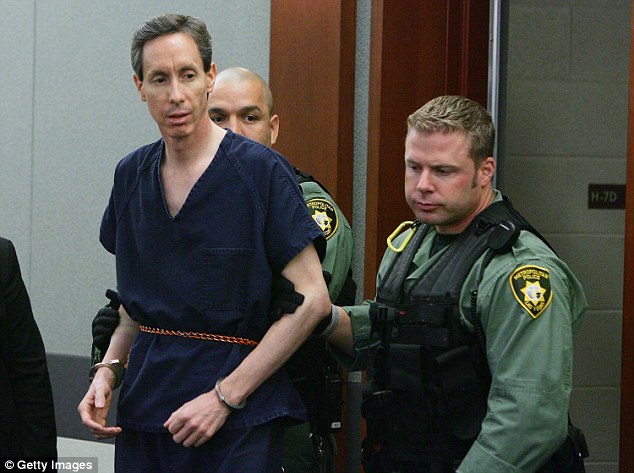 Jeffs along with 10 other leaders of the breakaway sect, which advocates practices now rejected by the official Mormon Church, were charged in February this year for felony money laundering and plotting to divert millions of dollars via food-stamp transactions. While all the defendants have pleaded not guilty, the final verdict will be announced only after the trial begins in October.

The defendants were accused of forcing church members to submit their food-stamp benefits to a commercial storehouse, which church leaders utilized to distribute goods to their followers. However, church members were not given any eligible food products in return as the food-stamp benefits were eventually used by ineligible beneficiaries to make unapproved purchases such as a pickup truck, a tractor and almost $17,000 worth of paper products. According to prosecutors, Jeffs and the other defendants made church members feel as though their participation in the fraudulent activity was some sort of a religious commandment. Reportedly, church members were told their surrendering of personal possessions in exchange of all food and household goods from the storehouse was necessary if they wished to participate in the “United Order” – a religious practice restarted by Fundamentalist Church of Jesus Christ of Latter-day Saints in 2011.

Jeffs’ lawyer Kathryn Nester had argued in May that delays to start her client’s trial imposed an unreasonably long period of pretrial detention. She assured that her client did not pose a flight risk as all his co-defendants had already been released and none of them had fled or even attempted to do so. Just two days before Jeffs’ disappearance, Nester had submitted a petition in court, requesting fewer restrictions for his pretrial release, including permission to let him work and meet with family members. 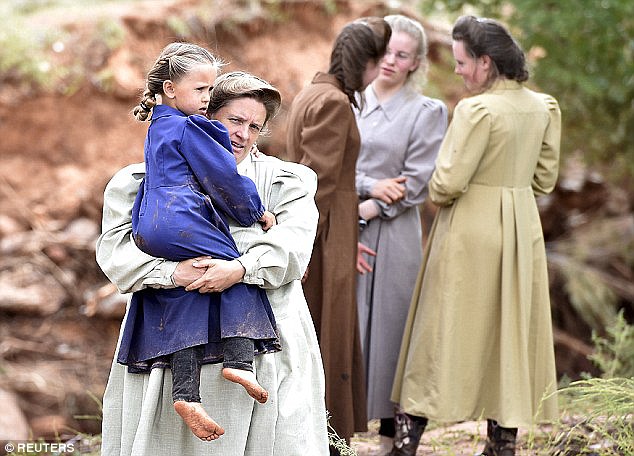 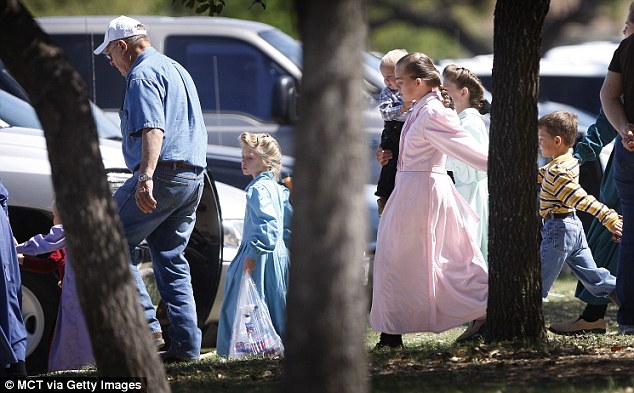 According to ex-followers of Jeffs, he is possibly using a secret nationwide network of safe houses to evade police, the FBI and a multi-million dollar fraud trial since fleeing home confinement last month. Prior to his release, prosecutors had sought for Jeffs’ bail request to be denied for this very reason, stressing how his shady network would make it almost impossible to recapture him if he was to go underground.

The network was apparently set up as a two-tier system in 2004 by Warren, who was trying to flee private investigators and avoid civil lawsuits at the time. The top tier is constituted of “lands of refuge” – sprawling ranches in Texas; Eldorado, South Dakota; and Pringle and Mancos in Colorado, that offer a private and comfortable lifestyle to influential church members. The lower tier on the other hand constitutes “houses of hiding” in secluded rural areas, which have been either bought or rented by close aides of Warren. In 2006, it is believed that Fundamentalist Church of Jesus Christ of Latter-day Saints ordered several church members, including minors who had been sexually abused by Warren and adults who were willing to testify against him, to stay in such houses of hiding.

“Really, (FLDS members) are the evidence against him,” said Rachel Jeffs, one of Warren’s many daughters and now an ex-member of FLDS. “And that's why he so carefully keeps us afraid of the law.”

While most “lands of refuge”, which were directly owned by the church, were eventually exposed by either journalists or federal investigators, many of the “houses of hiding”, which were not bought or rented in the church’s name, continue to remain and operate discreetly.

Rachel recalled her stay at one of these “houses of hiding” while under the supervision of her uncle Lyle several years ago. She was sent away to a place without an address in 2012 to “repent” for something that she is still not completely aware of.

“When I went there, it was really just a bunch of my father's family - wives, girls and some of his sons. And Lyle was in charge of all of us. We could go outside at night on the deck and stuff, but not during the day. And we were supposed to sew - everybody - and stay in the house and clean and make meals,” she said.

While women were expected to sew and cook through the day, men were sent to a woodshop on the property, where they had to work. Lyle was in charge of bringing groceries, reading the Scripture and ordering everyone about what they need to do if they wish to earn the right to leave the property.

In a different ruling, which marked yet another blow to the polygamous breakaway sect earlier this year, a federal judge stated that nearly 200 children were forced to work long hours as they picked pecans for a contracting company in Utah with ties to Warren. Agreeing with federal labor lawyers who said children as young as 6 had been forced to harvest, United States District Judge Tena Campbell held Paragon Contractors in contempt of court on June 1.

According to the federal government, Paragon Contractors was under pressure to generate money for church leaders, which is why it decided to use as many as 1,400 workers, including 175 minors, as unpaid labour. However, the contracting company denied these charges, saying families associated with Fundamentalist Church of Jesus Christ of Latter-day Saints voluntarily offered to pick fallen nuts in Hurricane, approximately 300 miles south of Salt Lake City. Defense attorneys substantiated their clients’ claim, saying the children in question actually looked forward to taking a break from homeschooling and building food supplies for the underprivileged.

Campbell’s ruling came after she heard from five children, who said they had been pulled out of class and sent against their will to work long hours while growing up in the sect. Recollecting how they were exposed to cold rainstorms, offered only one snack a day and barred from resting in nearby vans, the children said they sometimes even wet their pants because there were not enough portable toilets in their vicinity.

Brian Jessop, owner of Paragon Contractors, testified that his company was solely responsible for the machines, which shook pecans off trees.

While prosecutors have asked Campbell to order Jessop to pay wages and compensations apart from being monitored by an independent overseer for years, the judge is expected to hear from both sides once more before deciding the penalties. The United States Department of Labour has already ordered Paragon Contractors and several leaders of Fundamentalist Church of Jesus Christ of Latter-day Saints to pay $1.9 million to those they unlawfully engaged in the harvesting of pecans.

As existing church members continue to believe polygamous relations guarantee exaltation in heaven, the official Mormon Church abandoned these beliefs over a century ago. Additionally, Fundamentalist Church of Jesus Christ of Latter-day Saints does not have a spokesperson or a phone listing where leaders or members of the congregation can be reached.