In a case that deeply divided advocates of religious liberty and supporters of women’s rights, the Supreme Court said on June 30 that closely held corporations with sincerely held religious beliefs are not bound to provide a full range of contraceptives free of cost to their employees. A closely held corporation is one in which five or fewer people own more than 50 percent of the company’s shares. The contraceptive mandate was compulsory under the Affordable Care Act, which was passed by Barack Obama’s administration in 2010. 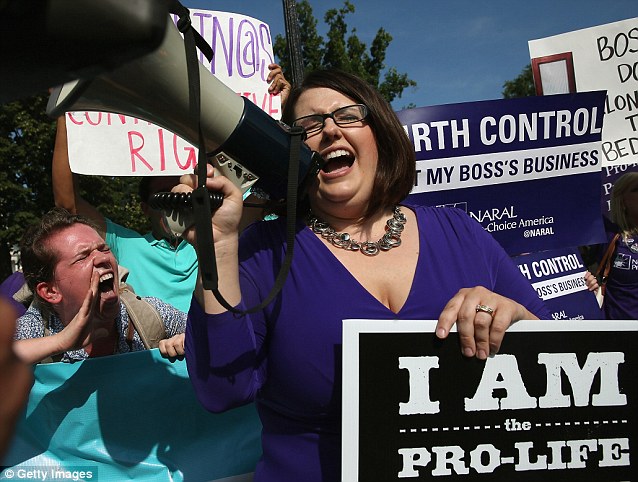 The verdict was passed after a narrow 5-4 ruling by Justice Samuel Alito, who wrote that the Health and Human Services regulations, asserting the contraceptive mandate, do in fact violate the Religious Freedom Restoration Act of 1993. Justices Clarence Thomas, Antonin Scalia and Chief Justice John Roberts joined Alito while Justice Anthony Kennedy filed a concurring opinion. 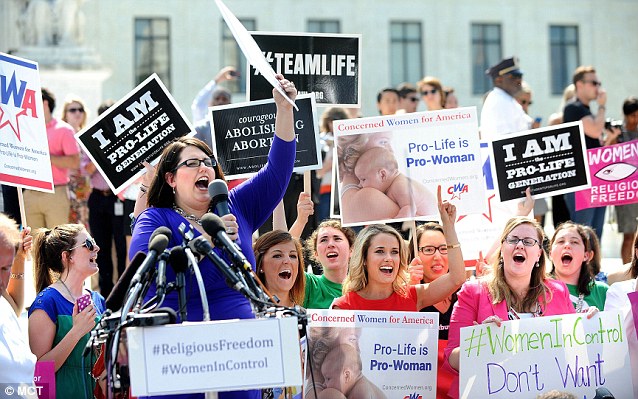 The Supreme Court’s ruling serves as a victory for the Green Family that owns arts and crafts chain Hobby Lobby and the Hahns family that own cabinet making company Conestoga. Both families had challenged the contraceptive mandate saying it compelled them to either violate their religious faith or pay hefty fines. While the federal government defended the provision as a necessary aspect of health care coverage for women, the Greens and Hahns primarily objected to four of the devices and drugs that were supposed to be issued, because they believe those have the potential to destroy an embryo. 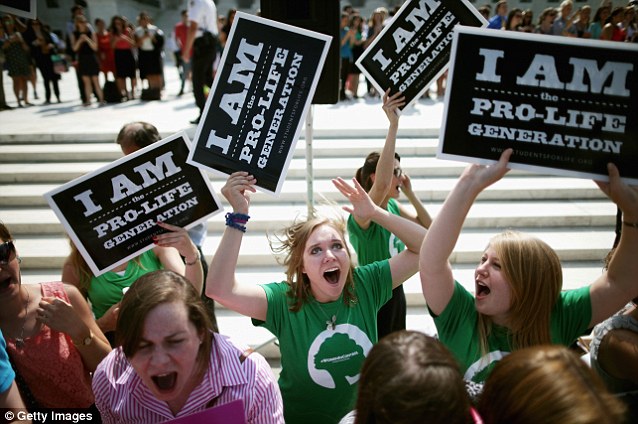 At the heart of the case was whether Obamacare’s contraception mandate violates the RFRA, which says that the government will not burden an individual’s exercise of religion without compelling reason. Religious conservatives like Hobby Lobby and other groups argued that some forms of contraception including the morning after pill were equivalent to abortion, which goes against the corporation’s personal beliefs as Christians are of the opinion that life begins at conception. According to the court’s ruling, for-profit companies deserve the same religious protections as those included in the RFRA.

“Today’s decision is an enormous victory for personal freedom in America… This decision confirms that people of conscience are welcome in business and that all Americans have the right to follow their moral and social convictions in every walk of life,” said Joshua Hawley, a lawyer at the Beckett Fund for Religious Liberty, the organization that represented Hobby Lobby.

Conservative institutions and Republican lawmakers hurried to issue their statements in an attempt to imply that the court’s ruling was reflective of Obama’s poor administrative decision.

“Today’s Supreme Court decision makes clear that the Obama administration cannot trample on the religious freedoms that Americans hold dear… Obamacare is the single worst piece of legislation to pass in the last 50 years,” said Senate Minority Leader Mitch McConnell, a lawmaker who voted in favor of the RFRA two decades ago and filed a friend-of-the court brief in favor of Hobby Lobby.

Republican National Committee Chairman Reince Priebus said, “The fact that Americans had to bring this case in the first place reveals once again just how intrusive ObamaCare is. It's a misguided one-size-fits-all policy that not only failed to fix our healthcare system but has trampled on our Constitutional rights.” 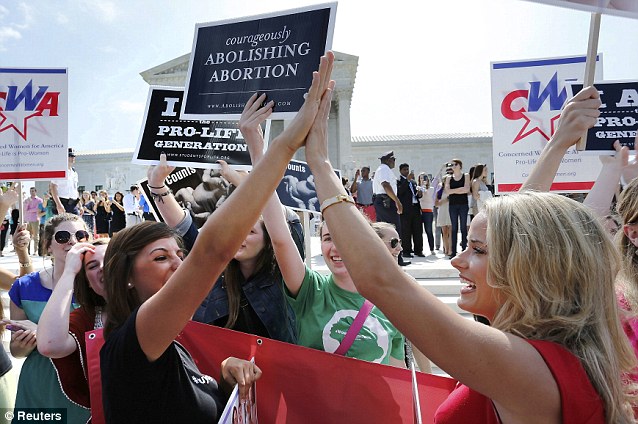 The ruling is being seen as a defeat for Democrats and progressive activists who have tried very hard to protect provisions of Obamacare that focus on women’s health.

“It’s unacceptable that in 2014 we are still fighting over women’s access to birth control,” said New York Senator Kirsten Gillibrand, one of 20 women serving in the upper chamber.

NARAL Pro-Choice America, a leading pro-choice organization, criticized the 5-4 ruling as sexist, saying, “Today's decision from five male justices is a direct attack on women and our fundamental rights. This ruling goes out of its way to declare that discrimination against women isn't discrimination.”

The three women justices Sonia Sotomayor, Ruth Bader and Elena Kagen, who were all nominated by Democratic presidents, constituted the majority of the court’s dissenting side.

While addressing the Supreme Court’s decision, White House Press Secretary Josh Earnest said that the president believes in religious liberty, which is why he along with his administration had taken measures to provide religious nonprofits exemptions from the contraceptive mandate. Earnest however said that the president does not think it is right for private businesses to impose their personal religious views on employees and deny them federally mandated benefits.

“Today's decision jeopardizes the health of women who are employed by these companies,” he said. 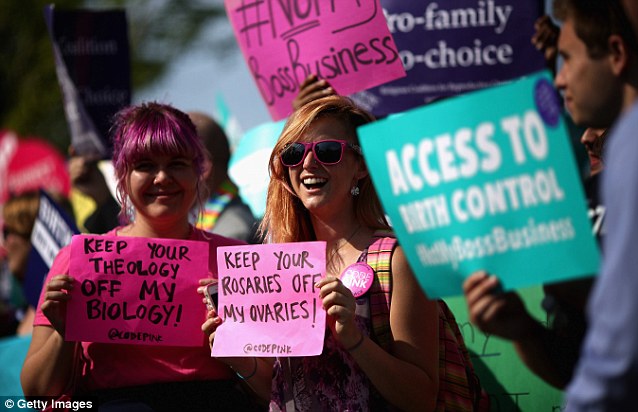 Earnest clarified that Obama would work with the Congress to ensure women affected by the court’s decision are covered. When reporters asked him to comment on Republicans calling the ruling a disturbing blow to Obamacare, Earnest said the ruling concerns a certain group of businesses only and the rest of the law remains unaltered.  He also added what would have been a disturbing blow is if the Supreme Court ruled two years ago that Obamacare violates the Constitution by compelling Americans to buy health insurance. 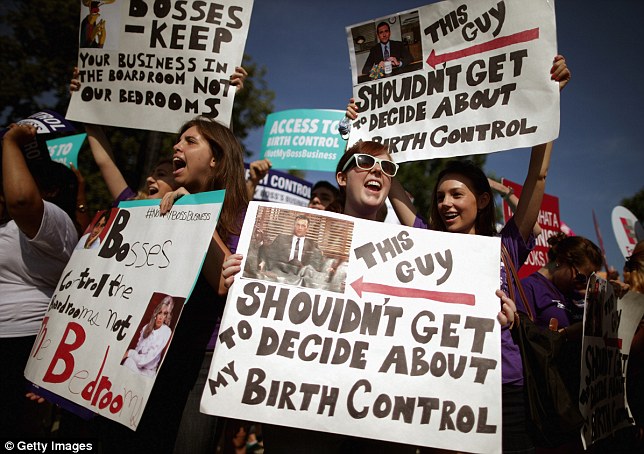 In the majority opinion, the court said that its ruling would prohibit businesses from using religious exemption to discriminate against employees on the basis of race, since the federal government aims to provide equal opportunity to all to participate in the workforce and disallows racial discrimination. But, some women fear that the ruling will allow businesses to challenge their federal laws on religious grounds, which is why they believe liberals are trying to ban discrimination of any sort at the workplace with the help of the Employment Non-Discrimination Act. 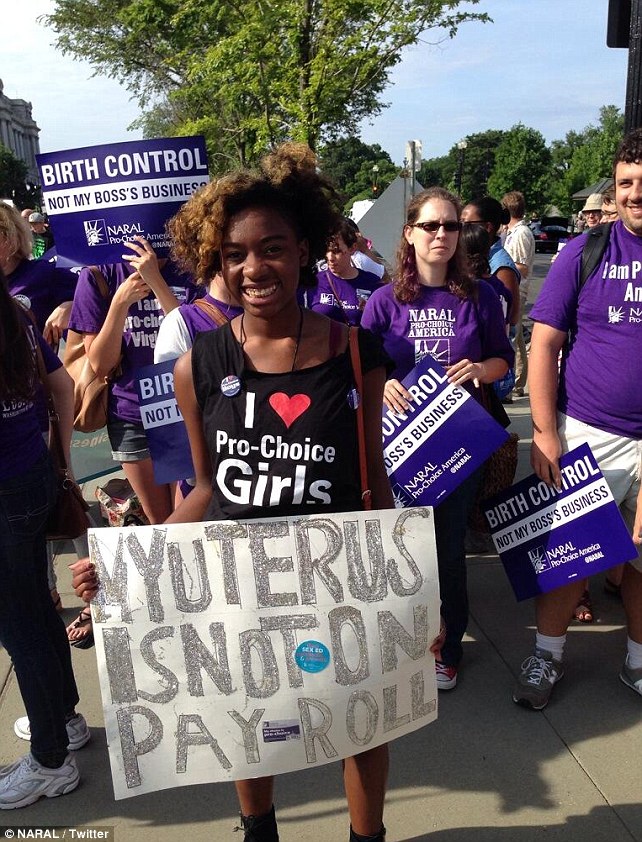 Obama has gone on record to say that he will issue an Executive Order seeking prohibition of such unethical workplace practices in case the Congress does not agree to vote on the proposed legislation.