Even though news houses from across the world reported last month that one of the bloodiest religious ceremonies in the world has finally been banned, some organizers of the notorious Gadhimai Festival in Nepal denied having knowledge of any such change, while also clarifying that they had made no such announcement. 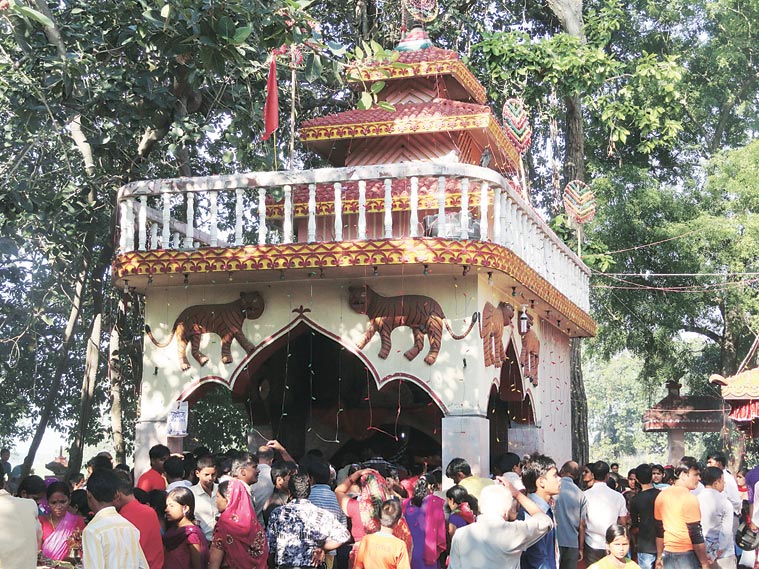 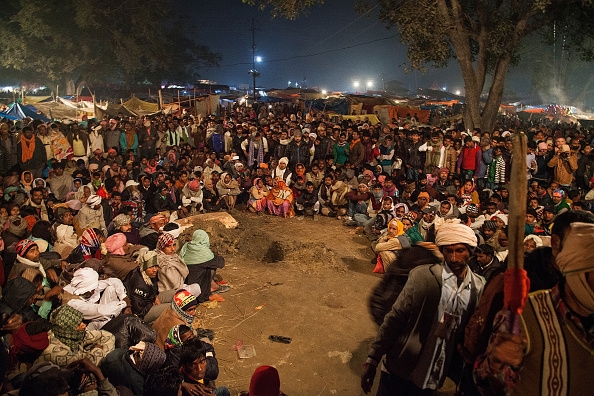 The blood-ridden festival, which is organized at a Hindu temple in Bariyarpur, witnesses hundreds of thousands of animals being sacrificed to Goddess Gadhimai, thus causing  international outrage and receiving condemnation from various quarters. Every five years, Hindu pilgrims from Nepal and neighboring countries, including India, buy all sorts of animals ranging from buffaloes to rats, and bring them for sacrifice to the revered temple in Bara district. 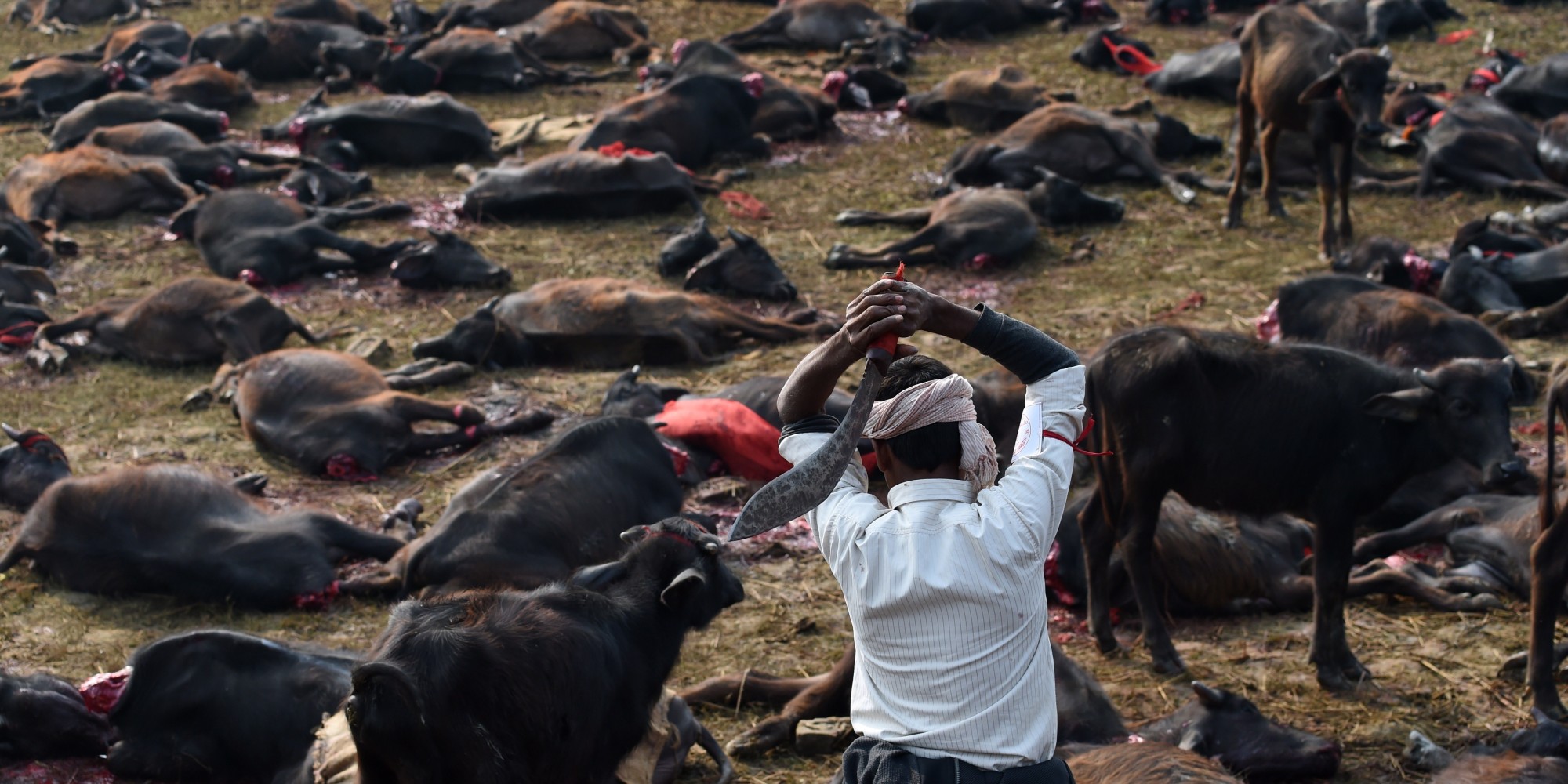 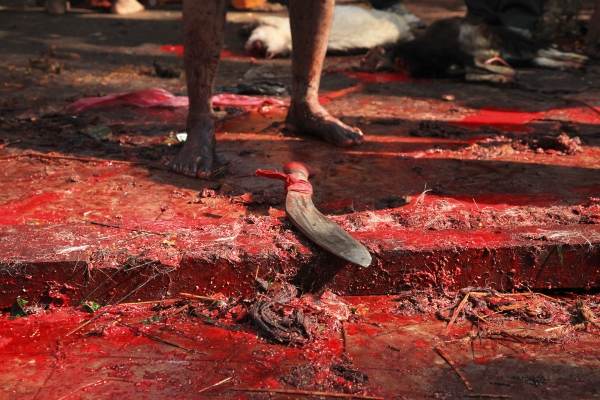 Over several days thereafter, thousands of buffaloes and many more small animals are mercilessly killed by priests at the temple or by laborers from surrounding areas. According to folklore, this centuries-old tradition dates back at least 250 years when an imprisoned priest dreamt of Goddess Gadhimai telling him how spilled blood would not only gratify her but also empower her to free him from captivity.

While news of the ban was welcomed by animal rights activists from around the world, the temple’s chairperson said the information was incorrect.

“Victory! Animal sacrifice banned at Nepal's Gadhimai festival, half a million animals saved,” read a press release from Humane Society International (HSI) and Animal Welfare Network Nepal (AWNN), animal welfare groups had been campaigning for years to bring an end to animal sacrifice at the world-famous event. “After rigorous negotiations, the temple agreed to cancel all future animal sacrifice and would [urge] devotees not to bring animals to the festival.” 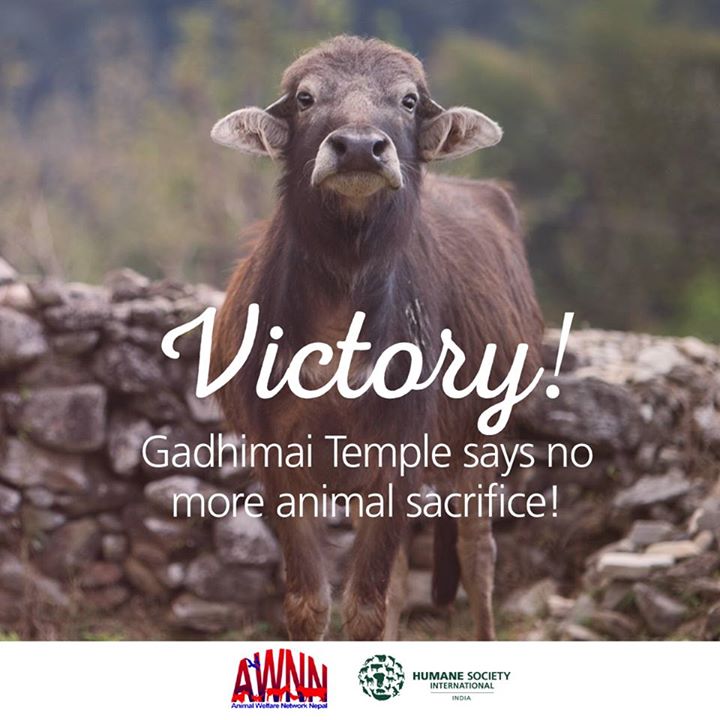 “The time has come to replace killing and violence with peaceful worship and celebration,” he had said according to them. 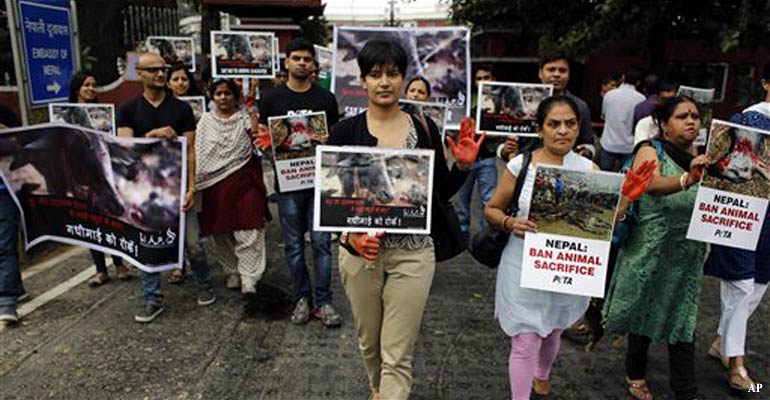 The groups also held press conferences in the Indian states of Bihar and Delhi, where most of the sacrificial animals are known to originate from, along with four important figures from the temple’s core committee. Shah however was not one among them.
Motilal Prasad, secretary of the temple’s trust, also confirmed news of the ban, saying, “We have decided to completely stop the practice of animal sacrifice … I realized that animals are so much like us ... and feel the same pain we do.”

When asked to comment on the development, Shah, who had earlier been quoted by the groups, dismissed news of any such development.

“Devout Hindus could be requested not to offer animal sacrifice to the goddess, but they could not be forced not to do so - nor [could] the tradition be banned or stopped completely,” he said.

While it was not clear if Shah was denying the quote assigned to him by the groups, he reiterated that quotes from other officials had been taken out of context as well. He also said he had no objection to the campaigns that have been carried out against animal sacrifice, which ritualistically take place during Gadhimai Festival.

“If people don't heed, we can't do anything about it … Nothing will change as far as the tradition of offering animal sacrifice during the festival is concerned. Things will not change no matter what the four [in the delegation] do or say. It's our age-old tradition,” he concluded. 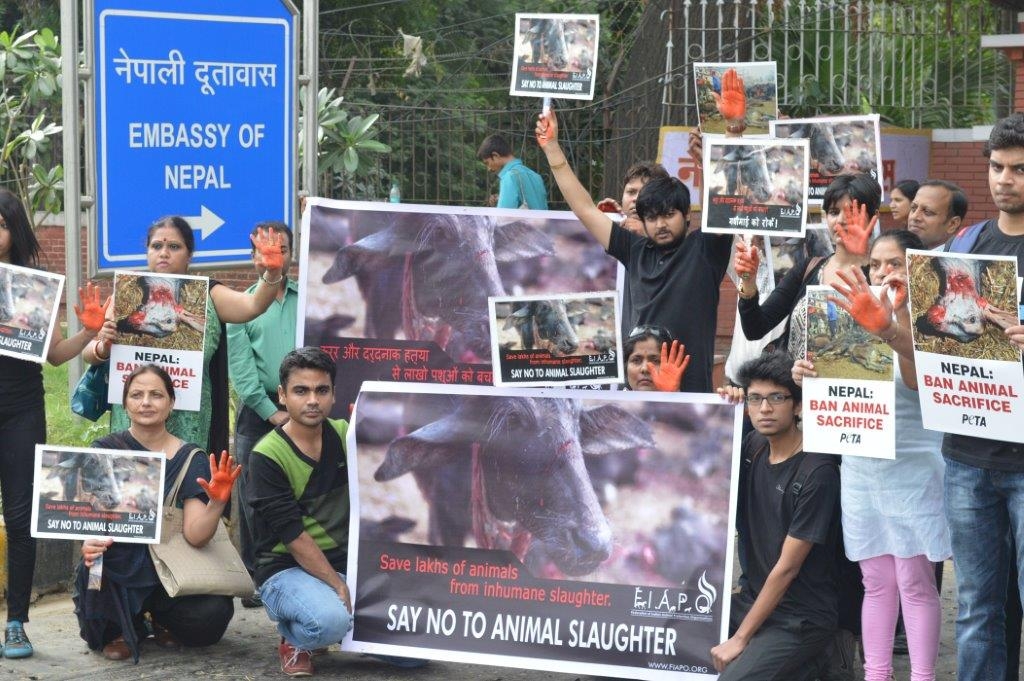 Insisting that news of the ban was true, she said, “Why would we organize a press conference on such a large scale to announce such a move if it wasn't true?”

Another HSI spokesperson, who had spoken with the temple’s officials, said that the quote assigned to Shah was undoubtedly from him.

“We have the priests and the rest of the temple ready to promote the no-sacrifice rule to future festival pilgrims … There might be a misunderstanding - they might think we're implying that the entire festival is over but it's only the animal sacrifice we are talking about,” she said.

Manoj Gautam, president of AWNN, supported HSI’s reports, explaining how the temple had agreed to bring an end to the killing of animals inside its premises and discourage others from carrying out spontaneous sacrifices in nearby areas. 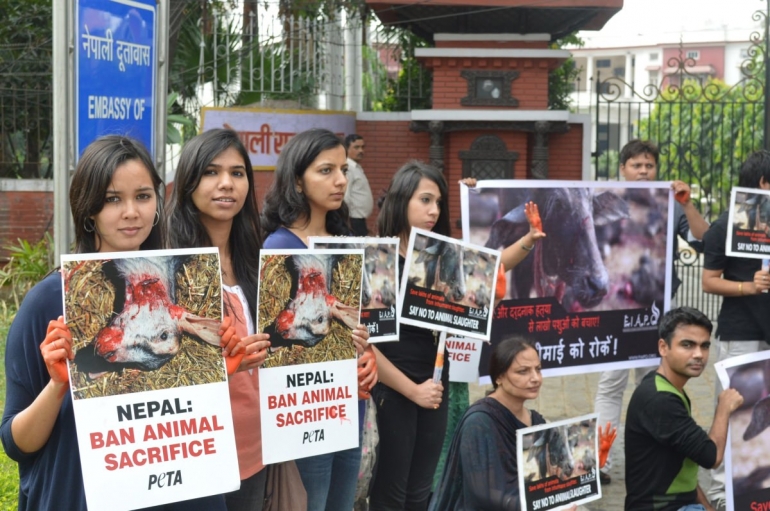 The ban also received support from the chief priest at Gadhimai Temple, who happens to be a direct descendant of the festival’s founder.

“Just a year ago he was a very proud supporter, but now he despises it and has vowed to take a step forward on this matter … Without him sacrificing the animals, it cannot be done, as that would prompt the idea that a sacrifice is not expected,” read the press release.

Reportedly, the chief priest had been working alongside campaigners to bring an end to the gory ritual of animal sacrifice at Gadhimai Festival but the temple was not ready until recently to risk resentment from devotees by issuing a ban before garnering public support.

When asked if the temple’s board members were divided on the issue, Tripurari Shah, a member of the core committee, said that there was no such problem.

“There's no rift. I think what [Ram Chandra] Shah is trying to say is that we have millions of devotees. We have to reach out to them and make them aware,” he told the media. “The temple was campaigning to stop animal sacrifice, and he believed that the 2019 festival would be blood-free.”

Gautam too, said that the age-old slaughter tradition was losing its significance over the years, with the temple having noticed quite a fall in the number of animals being sacrificed each time. Apparently, the animal welfare groups campaigning against the primitive practice had already sought permission to ensure that the next festival, which is expected to be held in 2019, would be completely bloodless.

“We don't oppose the festival,” he said, “But there is no reason people couldn't bring pumpkins or fruit, making it a grand celebration of life itself as well as a boost to tourism.” 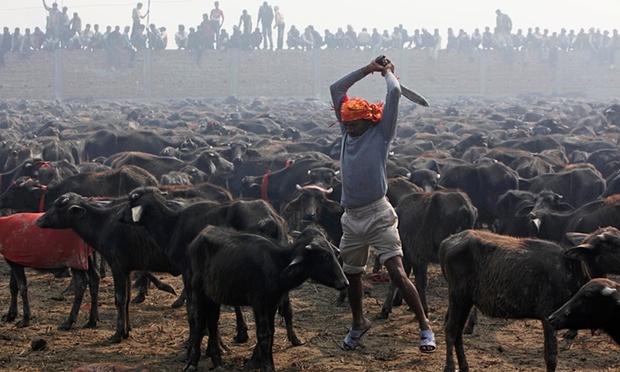 Still, many devotees in Nepal as well as in other countries continue to have deep-rooted faith and belief in Gadhimai Festival and they believe that the tradition is unlikely to stop anytime in the near future.