A school district in Texas recently found that contrary to allegations made against her, a teacher, who had been accused by one of her students for having attacked Christianity, was only misunderstood, as she had not forced any of her students to deny the existence of God.

“No student in Katy ISD is to ever have their faith denounced. No student should ever be forced or threatened with a failing grade for not denouncing his or her faith. I will not tolerate that at all. That's just not going to happen here. That's not our Katy community. That's not our school district. That's not who we are,” said Superintendent Alton Frailey of Katy Independent School District (ISD) after the completion of the investigation. 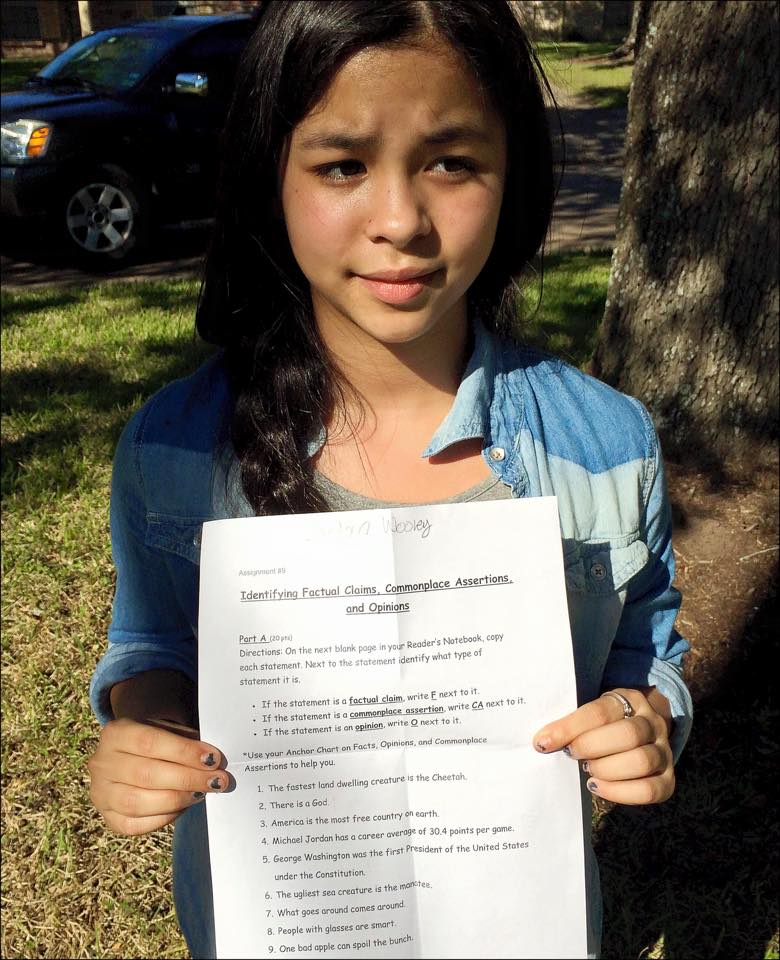 Frailey expressed concern for students who felt their religious beliefs had been threatened. However,  he clarified that the investigation proved the teacher set out to achieve
very different results from the assignment.

“The teacher's activity and interaction with students was never ill-intended or designed to denounce anyone's beliefs or admonish anyone for their faith. However, we know and fully agree that an item included in the activity worksheet was inappropriate and wrong. For that, we sincerely apologize,” he said.

Reportedly, the teacher distributed an activity worksheet among her seventh grade students that intended them to identify commonplace assertions, factual claims and opinions. Among other statements, “there is a God,” was one.

One of her students, Jordan Wooley, (who is enrolled with West Memorial Junior High School) told the school board last month that the assignment in question compelled students to basically state that there is no evidence that God exists. She also alleged that several students were traumatized by the assignment, with many shedding tears over what they believed to be facts.

“Today I was given an assignment in school that questioned my faith and told me that God was not real,” she said. “Our teacher started off saying that the assignment had been giving problems all day. We were asked to take a poll to say whether God is fact, opinion or a myth and she told anyone who said fact or opinion was wrong and God was only a myth.”

The teacher allegedly told her students that the correct answer was commonplace assertion, which implies that many people assume the statement to be true, but it may or may not be so.

Wooley said, “When I tried to argue [in favour of God's existence], she told me to prove it.”

Wooley also said that one of her friends –who marked the statement as a fact–  was told it was wrong.

“She turned in her paper, and she still put that God was a fact and to be true; and my teacher crossed the answer out several times to tell her it was completely wrong,” Wooley said.

According to the investigation, no students admitted to crying over the assignment, the assignment was not intended for grading and no student was told to deny God’s existence.

After their investigation, the school district said that the assignment was unnecessary for meeting the instructional standard of West Memorial Junior High School, but it also noted that the teacher is in fact a practicing Christian and her assignment was only misunderstood.

“The teacher is distraught by this incident, as some commentary has gone as far as to vilify her without knowing her, her Christian faith, or the context of the classroom activity,”

During a press conference on October 28 Frailey stated: “Still, this does not excuse the fact that this ungraded activity was ill-conceived and because of that, its intent had been misconstrued… I believe the response [from the teacher] was, ‘Prove your point. Well, I think this. Well, you think that.’… It was not a hostile thing, I don't believe… Nothing that the principal has found supports the assertions that the teacher deliberately threatened [students], or tried to force them to deny God. In the investigation, those assertions were not corroborated by the other students. Was the activity graded? It was not graded. Was it 40 percent of their grade? Were the students told they had to deny God? No one corroborated that at all.”

However, Texas Governor Greg Abbott went on to hail Wooley for her courage. “I'm proud of this 7th grader's unyielding commitment to God. She's Texas tough. #IStandWithJordan,” he tweeted a day before Frailey spoke to the press.

Wooley’s mother, Chantel, said that her daughter’s faith had been continually tested.

Apparently, Wooley complained about being made to feel like a liar despite telling the truth. “She was harassed at school, she was flipped off in the hallway, she was cursed at and blamed for this situation that her teacher and administration has created. She has chosen to forgive them and pray for them,” elaborated Chantel.

After local media took up the incident, some parents came forward to indicate their children also complained about the assignment, as the teacher indicated that the students would be graded. They also said that the teacher had in fact asked her students to call God a ‘myth’.

Wooley’s testimony to the school board caused outrage among atheist organizations, one of which decided to denounce her and her supporters in the public domain. Freedom From Religion Foundation (FFRF) accused the student and her supporters of being willfully ignorant of facts and suggested that the 12-year-old was not being completely honest when she decided to complain to the school board about the assignment that she believed was denigrating her Christian faith.

FFRF co-presidents Dan Barker and Annie Laurie Gaylor sent a letter to Frailey, saying that much of what Wooley told the school board was exaggerated.

“It is a pity that confused thinking and thin skins by some believing students and their parents can rule the day at your junior high school,” Barker and Gaylor wrote. “The exaggerated fallout from this exercise clearly demonstrates the great need for more, not less, instruction on critical thinking skills. It should not be verboten or controversial to ask students to assess whether a claim is factual. It is this kind of 'head in the sand' attitude that accounts for the deplorable state of science understanding in our nation—including the fact that about half of all adults reject evolution, which is a fact. The United States cannot compete on a global market when its population is willfully ignorant… It appears this young student expected the teacher to profess that God is a fact.”