Formally established on January 31st, 2012, Atheist Republic has grown from a Facebook page dedicated to giving disbelievers a louder voice, to the world’s largest community of atheists.

What began as a collection of individuals passionate about expressing their atheism, grew to become a place where hundreds of thousands of people have gathered together to build like-minded godless communities.

We’ve established local communities in over 70 countries and 150 cities around the globe.

We’ve built a platform for atheists to share their voices in English, Farsi, Arabic, Sesotho, Afrikaans, and Tagalog.

Our members have truly demonstrated that you don’t need God to be a good person, by doing everything from helping those living on the street, to assisting those who have been displaced by Islamic militants.

We’ve organized international protests in support of atheist prisoners, like Soheil Arabi, and fought for the commutation of his death sentence.

But we’ve faced challenges along the way; our members have been threatened and attacked by their governments.

We’ve been harassed and targeted with mass reporting by those who can not tolerate our dissent from religion.

We’ve been blocked by governments like India and Pakistan, had police reports filed against us for blasphemy, countless legal threats, and even mentioned before the Supreme Court of India

This is just a tiny snapshot of everything we’ve accomplished in the past 10 years. Together we’ve shown that atheists are everywhere, from the most dangerous of countries to the holiest of sites. Without you, none of these accomplishments would have been possible.

If you would like to join us in celebrating, send us a picture of you with this commemorative fan-sign, write what you love about Atheist Republic or your favorite memories on the bottom, and submit it through our website! 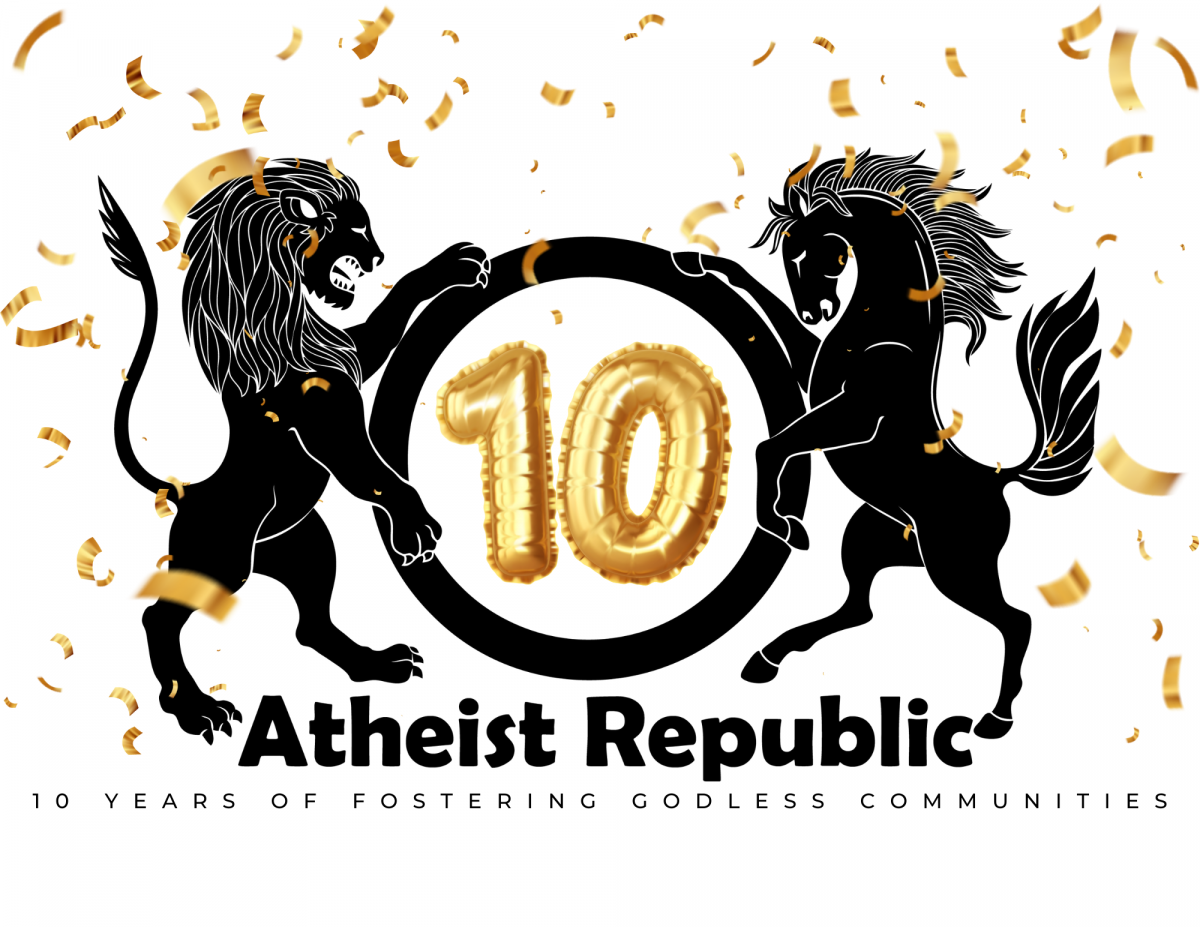