Atheist Republic, social media’s largest online free-thought community, has chapters or “consulates” in hundreds of cities around the world. These consulates are for Atheist Republic members of each city and community to gather, meet one another and have fun. This August though, the photo of a gathering by the Malaysian consulate caused an uproar from some in the Muslim community after it was highlighted by pro-Islamist blogs, leading to threats of violence and death on social media. The photograph that went viral was simply a large group of people smiling and making peace signs at the camera.

The problem is bigger than it may seem because those threats were coming not only from fundamentalist Islamics, but also from high-ranking members of Malaysia’s government. A government minister in the increasingly fundamentalist Muslim-majority nation has said that atheists in Malaysia should be “hunted down” because they violate the constitution and he called on Islamic scholars to re-educate non-believers. He called for an investigation of the circumstances surrounding this meeting, particularly into whether any Muslims (or ex-Muslims) were involved. The Malaysian government has been, up until now, considered a more moderate Islamic society, but that moderation may be disappearing. It appears that the Malaysian government no longer believes that no one has the right to target the another person’s life or liberty because that person expresses opposing viewpoints.

Recently, Deputy Minister Asyraf Wajdi Dusuki, who helped lead that ex-Muslim crackdown, said in Parliament that atheism is unconstitutional and that it contradicts both the Federal Constitution and the Rukunegara. “We need to understand, that in the Malaysian context, our Federal Constitution states that freedom of religion is not freedom from religion,” he said.

Everyone has the right to freedom of thought, conscience and religion; this right includes freedom to change his religion or belief, and freedom, either alone or in community with others and in public or private, to manifest his religion or belief in teaching, practice, worship and observance. (Article 18 of the International Covenant on Civil and Political Rights)

Article 18 also protects the right to reject any religion or belief, to identify as humanist or atheist, and to manifest non-religious convictions through expression, teaching and practice.

Obviously, what is happening in Malaysia is the persecution of atheists. The only good thing -- and this may be a very important thing for Malaysia to note --  is that the world is watching and is trying to stop such violation of human rights.

The Center for Inquiry (CFI) warned the government of Malaysia that fomenting hostility toward its atheist citizens must stop, following comments by a Malaysian high official claiming that atheism is a “threat” and “seditious.” Richard Dawkins, CFI board member and head of the Richard Dawkins Foundation for Reason & Science, in response to the words of the deputy minister, tweeted, “Words fail me. How do you deal with such prodigies of stupidity and injustice?”

At the UN Human Rights Council last month, CFI President and CEO Robyn Blumner took the opportunity to draw the world's attention to this burning problem concerning Malaysia’s hostility to atheists. “There is no room for this kind of religious persecution in a world community that honors freedom of conscience,” she declared.

“We hear almost every day from atheists and secularists in majority-Muslim countries who are terrified for their lives, dealing with suffocating persecution and death threats, and we do all we can to help as many of them as possible,” said Robyn in an official statement. “The comments made by this Malaysian official have put innocent people in danger simply for raising legitimate questions about ingrained religious beliefs.”

This recent conservative trajectory is threatening religious freedoms in Malaysia, the country which is supposed to be an example of “moderate” Islamic tolerance. The situation in Malaysia draws more and more public attention, especially the attention of human rights activists. 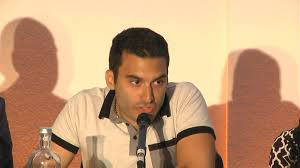 Armin Navabi, the founder of the Atheist Republic and a former Muslim from Iran, said in August that the situation in Malaysia is going to encourage these atheists to continue organizing events because they won’t let anyone intimidate them.  “They are so brave,” Navabi continued, “and I was so sad to see the reaction they got, but they are taking it very bravely, which is so encouraging and I am so proud of them.

“Atheists are one of the world’s most persecuted minorities, and yet they are also one of the least defended. Atheists need to know that their countries care for and welcome them and that they are not ignored by the international community when they are being hunted down by their governments. Our atheist members in Malaysia are very grateful for the attention the International Humanist and Ethical Union has brought this issue,” Navabi commented.

Malaysia, you need to remember: the world is watching what you do.

Do Miracles Prove the Existence of God?

A Mission or an Imposter?