The tenuous and dangerous living circumstances in Afghanistan following the nation’s fall to the Taliban are dire for many of its citizens, especially atheists and other apostates. Humanist, atheist, and agnostic organizations in Canada represent a diverse group of people who believe that each of us has the responsibility to give meaning to our own life. Those citizens finding meaning in rethinking and rejecting the idea of supernatural entities, including gods, must be as respected as religious believers. In the spirit of the universalism of secular humanism, a consortium of Canada's many humanist, atheist and agnostic organizations have come together to urgently call upon the government to ameliorate a grave error in the Special Humanitarian Assistance Program for Afghan Nationals.

The current policy language of the Special Humanitarian Assistance Program for Afghan Nationals is as follows:

"There are 2 eligible groups under this program.

You may be eligible for this program if

This group will include people such as

You may be eligible for this program if you're an extended family member of someone who helped the Government of Canada and has already been resettled to Canada."

The language used in this policy that exclusively designates eligibility based on membership in a persecuted religious minority group explicitly discriminates against those persecuted on the basis of their non-belief and atheism.

Atheists and apostates from Islam in Afghanistan face extreme danger and this serious risk should be neither overlooked nor dismissed. It is well established that the classical punishment for apostasy in Islamic jurisprudence is death. Senior Taliban officials have recently announced their intention to impose strict traditional Sharia (Islamic law) punishments, including execution and the amputation of hands. Thus, the safety of all apostates and non-believers is of the utmost concern.

This policy's highly restrictive current language fails to meet Article 18 of the UN Universal Declaration of Human Rights, which enshrines the observance and promotion of "freedom of religion or belief." The government of Canada is also failing to fulfill its responsibility as a party to the United Nations 1951 UN Refugee Convention, which describes refugees as those who are "unable or unwilling to return to their country of origin owing to a well-founded fear of being persecuted for reasons of race, religion, nationality, membership in a particular social group, or political opinion."

Our collaborative endeavour urgently calls upon the government of Canada to immediately issue a clarification of its Special Humanitarian Assistance Program for Afghan Nationals, to explicitly include non-religious Afghan atheists, humanists, and agnostics.

The above statement is supported by the following organizations and individuals:

Armin Navabi, Founder, Atheist Republic, Author, “Why There Is No God: Simple Responses to 20 Common Arguments for the Existence of God”, & Co-Host, Secular Jihadists for a Muslim Enlightenment podcast

Christopher DiCarlo, Ph.D., Philosopher, Founder, Critical Thinking Solutions, & author of multiple titles including, “So You Think You Can Think? Tools for Having Intelligent Conversations and Getting Along”

Steven Pinker, Ph.D., Johnstone Family Professor of Psychology, Harvard University, & author of multiple titles including, “Rationality: What It Is, Why It Seems Scarce, Why It Matters”

Tarek Fatah, Fellow, Middle East Forum, Columnist, The Toronto Sun, & author of multiple tiles including, “The Jew is Not My Enemy”, 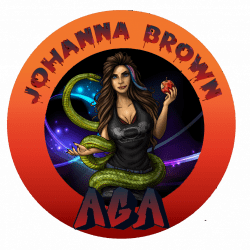 This is an Amazing list of Names. So proud of Susanna's efforts in her activism