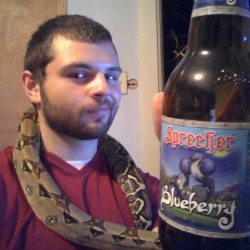 As an Atheist and a secularist, I believe that "under god" should not be in the pledge of allegiance, but I'm questioning whether to join the Don't Say The Pledge campaign because I feel like the words are harmless.

Do these words oppress people who do not believe in the Abrahamic God?

Should we wait until it is the general consensus of the nation to remove the words?

I would like to hear both sides of the argument before I join the movement and spread the message.

The summary of the campaign..
https://www.youtube.com/watch?v=tUKffuSO4Mo

I'm not interested joining this argument but it's fun to know that there is such. 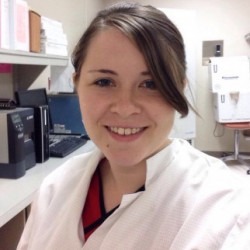 I never said the pledge

I never said the pledge simply because I don't mean it. I don't pledge my allegiance to establishments that 1) I don't like already and 2) continue to change into things I may or may not want part of, without my consent.

It seems bizarre to me to have children chanting allegiance to a government they don't understand. It seems like something that would happen in North Korea, not North America. I've felt this way since I was in high school. I just quietly remained seated when they did the pledge over the intercom every morning. Anything you have to repeat mindlessly every day seems like a method of control to me. I just feel very uncomfortable about it.

I am assuming your form the

I am assuming your form the US. I think the use of the term God in government ruins the nation and give theist the wrongful impression that their numbers are greater then they think and that this nation is under their god. I used to feel as you do that the words were mostly harmless but the rhetoric from people who advocate that God belongs in the government has changed my mind.

I turned against the idea that we should have in God we trust on our currency, in our Pledge, on our buildings or anywhere else related to our government for that matter. After researching into what people who are extremist do when they believe certain populations percentages fall under the same or believed to be the same ideologies I further understood the dangers of people or mammals even for that matter thinking a large percentage of the population were of aligned ideology or able to be grouped together against smaller groups, which I won't get into right now because that is a different topic for a different time and place.

To make someone say it or even be in a room filled with other people saying it can have psychological effect on a person to. The idea can degrade a sense of honesty in a person as you force them to lie on a regular basis if they do not believe in God. it can also make them doubt themselves after being exposed to the daily repetition and use of the term. This is all taking place when students are told to make the pledge of allegiance.

When someone makes you repeat "I swear to tell the truth the whole truth and nothing but the truth so help me God" in court they are trying to use the idea of G or the term God to coerce a person into telling the truth and they assume god means the same thing to you as it does to who? I guess who ever you think on a personal lever your God is. this is manipulation rather than accountability which they also use

There are many religions that believe in one God that all have their very different and own stories and rules to live by which make their specific versions of God very different gods indeed. There are also religions that believe in multiple gods and those that don't even have gods so to speak making them say under God or even be in room filled with people saying it during the pledge violates their freedom of religion and can make them question their own faith. How would say a catholic christian theist feel if say a group came into power that made them say Under Allah, Under Yahweh, Under Odin or under any other name they may consider to be the god other people worship? How would theist feel if we made the pledge instead say "I pledge of allegiance to the flag of the United States of America and to the republic for which it stands, one nation, free from influence of God or gods which we know to be fictional and made up by man, indivisible, with liberty and justice for all.

It is said that, religious government can not offer religious freedom. It is for this reason there is supposed to be separation of the Church and State. 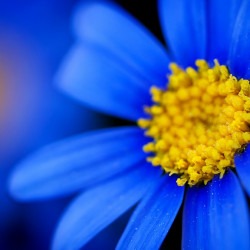 The state and the church have

The state and the church have different goals to pursue although oftentimes their goals are interrelated because they both want to bring peace and order to their community. Anyway, even if I'm a Christian, I don't want t join the pledge too. Believing in God don't need pledge, it should cone from the heart. 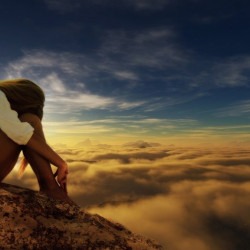 I simply omit the words each

I simply omit the words each time I say the pledge. I am a highschool student and don't want to be blatantly opposed to something I think is rather silly and start something over nothing, but it just feels morally wrong to me to say under god, so I pause there every time.

as a Christian, i know that

as a Christian, i know that the words "under God" has nothing to do with religion but it has something to do with nations being being changed due to the president's decision to change it. Its been the same thing for centuries. If i believed it was a religious thing i would defend it, but its not so theres no need to

That's actually areally mature way to look at it.

its also true. But see why

its also true. But see why choose now to say something about it? if it WAS a religious thing dont you think people wouldve said something centuries ago

I will let you look up the

I will let you look up the history of the use of the words in the pledge and on money on your time, but please look up the terms indoctrination and Brainwashing.

i know what those words mean,

i know what those words mean, but not all Christians say the pledge because, well honestly we are to lazy to do it, but we know that it has nothing to do with religious faith 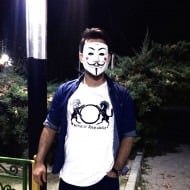 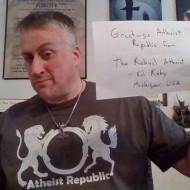