Forgiveness - What Is It?

Do you think there is a difference between how a theist would define forgiveness vs. someone who is atheist? Must we always forgive to be emotionally healthy? Do you think being forgiven for something can sometimes be offensive? Is forgiveness a moral imperative?

Not long ago, I was told by a theist that they *forgave* me for being atheist. Forgave me? Really? This person seemed perfectly comfortable assigning a sin to me and then absolving me of it. What seemed sensible to me at the time was to terminate the conversation. Debate wasn't an option. Suffice it to say this individual was not up to it.

However, the notion of forgiveness did get me to thinking. I hear/read about it a lot from theists and religions. Many use it in a way akin to currency or to demonstrate nobility and ethical superiority. It often sounds like theists think they corner the market, so to speak, on forgiveness.

But just what IS it? Is it an activity invented/owned by religion or by humans in general? Perhaps there are at least two categories: the choice to absolve a tangible wrongdoing at the personal/individual level and the absolution of less tangible 'sins'.

I've also heard from many theists that forgiving transgressors is required. That without it, we are somehow poisoning ourselves...that if we don't eventually forgive a transgression, we will never heal from the effects of that transgression and will, indeed, be transgressing ourselves. I think that's pure hooey! There are a few transgressions I will never forgive. This has not poisoned me, it does not consume me, I'm not carting around hate because of it.

I'd appreciate hearing your thoughts on this. It will help me more fully bake my own.

To me I also find it annoying

To me I also find it annoying when I am forgiven by a theist for debating their beliefs.

To me forgiveness is no longer holding a grudge or poor feelings over what a person has done that has made one feel a particularly poor way about that person or even themselves. I like the term, forgive but never forget.

To me one must cast judgment in order to be in a position of having to forgive in the first place. According to many theist this is a bad thing to do as they are supposed to reserve judgement for God In such cases for them to forgive you could be construed as an expression acknowledging their sin and admitting they have committed the aforementioned sin of not leaving judgment to God. To me this is a form of confession when it happens I often respond with, "well for what it's worth, I forgive you too". This often leads to confusion, when I explain my case they often get annoyed and state that they have done nothing wrong to which I respond, "Wow apparently confession really does absolve someone of sin."

Thanks for your input, Z.

Thanks for your input, Z. You said "one must cast judgement in order to be in a position of having to forgive in the first place." Do you see casting judgement for a perceived transgression as a negative behavior?

No, I don't think casting

No, I don't think casting judgment is necessarily a bad thing but to assume someone is worse than they are for doing something or harboring negative feeling of a person for what was done can be bad and possibly unfair to both you and them.

In my opinion, judgement should only go as far as acknowledging what a person has done and what you intend to do with that information. In effect, judgement should be placed on yourself more than on the transgressor ie. How does what they did stand with you? What do you intend to do about it? Is there more for you to know before taking action? Should you do nothing? ect. ect. I think its normal to judge and part of a built in survival mechanism.However, many theist are taught to reserve judgment to their god.

Not trying to take away from the validity I see in this, but those of us familiar with the judeochristian line of thinking may remember being told that judgement in and of itself is a sin. While I'm not really a fan of rules, I did see what they might be trying to get at with that one, and reading your troubles with forgiveness through that lens, I saw some interesting things.

Forgiveness does imply that you see a wrongdoing in the other party, and you've judged them at least that far. Forgiveness seems to be a cheap and easy way to absolve yourself of negative emotions and the responsibility to right the wrongdoing as much as you can (there is a biological basis for revenge, you know) while still allowing you to hang onto your judgement.

And yes, I do agree with you that the majority of judgment is on ourselves... and I think that we could use a little forgiveness there too. Sometimes. 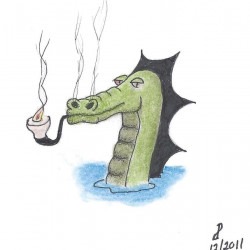 I would put forgiveness into

I would put forgiveness into two categories, clinical and theological. As to theological forgiveness, you might say that the Devil is in the details. Forgiveness is a key weapon in religions and fear is the ammunition by which the faithful are controlled. If the gods did not need to be appeased, the faithful would not need to worry about divine forgiveness. The gods become meaningless without any power over the mortal world without the need to be appeased and issue forgiveness. However, because it is taught that man is sinful and falls below the standard of the divine and that the divine can be angered, man must seek the divine’s forgiveness or face enteral damnation.

The eternal is only part of the equation. Man must also seek forgiveness in the here and now or else a flood, plague, or some other disaster will be sent to punish them and their family.
The here and now is where it gets interesting. If a person seeks forgiveness from the priests, then the priest who is god’s representative can forgive the sin and god will forget it. The priest can also demand a task be performed. At one time, the Catholic Church sold forgiveness known as indulgences. I have come to see it as a way to allow leadership to use and abuse the faithful.

The faithful must forgive a pastor, bishop, or priest if they have been wronged by them. It is a way of imitating the divine and becoming more Christ like. This same guy, depending on the faith, has your enteral soul in his hands, which limits what they can do. On the other hand, this same group can forgive each other and god forgets the transgression. Thus, the matter is resolved as for as the church is concerned. The laws of man cannot trump the laws of god. Thus, allowing the cycle of abuse to continue.

The difference between clinical and theological is that one is about me forgiving someone so that I can move on. The other one is about power and control over me.

OK, I get you. Forgiveness as

Thank you all for your

Thank you all for your thoughts. Perhaps the difference is between letting go of and acceptance of a behavior. I can let go of the anger (which consumes a lot of energy) and not accept the behavior as, well, acceptable. I never have to think that what someone who, say, assaulted me is forgivable, yet I can get on with understanding that I can let go of it and pay attention to that which is wonderful. I like being alive. I like those things that bring me joy. It took a lot of work to change my focus to those things from the ugly things. It seems that I don't have to give forgiveness to those who brought the ugly things to be able to celebrate the loveliness.

I wholeheartedly agree with

I wholeheartedly agree with you, but then there are other people who disagree with me... 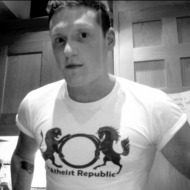 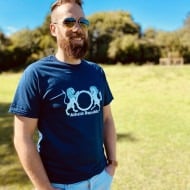