Other scholars that share the views of bart ehrman

To name just a few.

Which are the "oral" gospels?

As far as I can ascertain Mark was the first 'gospel' written, although christian writers and believers would love for their to have been an "oral' tradition before that, there is no evidence for such a claim.
The latest thinking is that Mark wrote his novel based on the Jesus figure described in the first three of 'Paul's" epistles.

Matthew and Luke we know copied vast swathes of Mark, adding and subtracting bits that would appeal to their audience. Later still interpolations, corrections and redactions were made to all three synoptic stories until the form that you know was settled about the middle of the Third Century.

'John' was written later still, in a different style, but still copying much of the earlier texts.

There is speculation their was a precursor document that Mark and Matthew referred to..."Document Q" but no trace of such a beast has been found, nor any mention of such a thing contemporary to the gospel writing.

@Ask21771: WHAT? WTF are you talking about? "Unreliability of the ORAL GOSPELS?" There are no "ORAL GOSPELS." We don't even have authentic WRITTEN GOSPELS. Are you aware of Bart Eherman's position at all? What did you do, watch part of a video and get your panties in a wad?

Bart is an admitted atheist these days. He does not believe in the divinity of Jesus; however, he does assert that such a personage did at one point exist. He and Richard Carrier have gone back and forth on this front. The idea of reliable oral gospels would be completely foolish. We do not have any oral gospels. Bart gives no reliability to the written gospels for the simple reason that we have no authentic written gospels. If there was a book out there that God wrote; we don't have it!

I have no idea what you mean by 'Oral Gospels',. Unlike most of the 30,000 odd religions in the world, Christianity has a BOOK , but no oral tradition of which I'm aware.

There is no consensus among biblical scholars about many things. However, Doctor Ehrman is widely respected. I have found him to be a thorough, reliable, and credible scholar. Except for " Did Jesus Exist" which I find a bit weak. This is just my opinion.

I have a novel idea; why not read a few of his books and make up your own mind, rather than depending on the opinions of others?

In my opinion it is a bad idea to simply accept whatever a person says because simply they're an expert. Or reject a claim simply because the person is NOT a recognised expert. Imo any and all claims made by any scholar must stand by their own merits.

EG I take an historical position on the existence of Jesus. That AT BEST there may have been a rabbi called something like Yeshua/Yoshua bar Yusuf in first century Judea . That he founded a small Jewish sect., (look up the Ebionites) that he was crucified by the Romans for sedition, which was not an uncommon fate for a jew in that place and time.

THAT a poor little first century rabbi has little if anything to do with the religion which came to be called Christianity .That the New Testament is the mythology of Christianity not a history book.

That the Jesus of the New Testament as we know it , never existed. (see Erhman " Misquoting Jesus") That the historicity of Jesus is irrelevant to the existence of Christianity, especially Catholicism, which is impervious to just about anything unwanted. .

There are many references to Bart Ehrman on line,. He's also made some Youtube clips which are worth a glance . The information below is from Wikipedia, and seems OK.

"Bart Denton Ehrman (/bɑːrt ˈɜːrmən/; born October 5, 1955) is an American New Testament scholar focusing on textual criticism of the New Testament, the historical Jesus, the origins and development of early Christianity. He has written and edited 30 books, including three college textbooks. He has also authored six New York Times bestsellers. He is currently the James A. Gray Distinguished Professor of Religious Studies at the University of North Carolina at Chapel Hill. . " 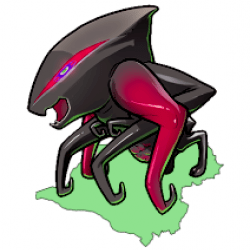 The work done by biblical

The work done by biblical scholars, (ie. researchers / historians), at Christian universities / colleges etc., where said scholars, (researchers / historians), are required to uphold the doctrines / teachings of Christianity as a foundational requirement in their being employed there, must make their research tainted by that foundational requirement.

How can any solely oral

How can any solely oral account of anything be considered reliable? We can't know what, if anything, people may or may not have said prior to books in question being created. Even if we could, we'd not know if it was a reliable reflection of events at all. Any claims for anything supernatural can be dismissed in the manner they're asserted, without evidence or explanation.

Are you saying Ehrman doesnt

Only Bart knows. have you asked him?

Second question: why are you asking about the thought process of a biblical scholar in an atheist forum?

Bart Ehrman identifies as an

Thank you for the correction

Thank you for the correction CyberLN. Now I am smarter than when I woke up this morning.

That’s a goal we should all

That’s a goal we should all pursue! :)

FYI my comment was not cynical, it was open and honest, albeit with a dash of comedy.

I didn’t read it as cynical.

I didn’t read it as cynical.

"Are you saying Ehrman doesnt

What on earth? That's not even close to what I posted.

Hold the phone there buckeroo .

It was you who made the claim. Up to you to prove your claim, not up to us to disprove it.

The only ways you can find out what Bart Ehrman thinks is to read his books or ask him.

OF course no one knows if there any christian oral teachings from say the first century which survived to the 21st century, It's possibly ,although I think unlikely. Christianity has never had a need of an oral tradition because such teachings were written down very early, in the first couple of hundred years. Probably more accurate to say 'composed' or 'invented' . As far as |'m aware , no credible christian teachings of any kind have survived from the putative founders or christianity.

I'l repeat, I'm unaware of any oral tradition in the christian church. You think there is? Fine, show me .

Christianity did not emerge whole and homogeneous in the first century. There was a real fight for dominance until the fourth century. It was then the canon we know was ratified at the first Nicene council. Emperor Theodosius made THAT Christianity the state religions of the Roman empire. He gave that church permission and encouragement to murder all opposition as heretics.

From the fourth century, the dominant christian church hunted down and killed every other church and 'heretic' they could find,AND burnt their books

The main ones I cant think of were: Ebionites, Gnostics, Donatists and Arians ***

Persecution of heretics continued for over 1000 years, with gay abandon. The last great persecution of which I'm aware was against the Cathars, from the beginning of the thirteenth century. ,

***My Reference " Lost Christianities; The Battle for Scripture and the Faiths we never knew"Bart Ehrman .

A word on Oral traditions;

These have been common in societies which had no written language, or until they invented writing .EG Australian Aboriginal society, and "The Dreaming" and of course the Norse sagas. Also traditional beliefs in many African and Polynesian cultures.

Oral traditions which survive millennia tend to be told as stories, or sung. Surviving oral tradition tends to be either simple nor changing .

An oral tradition, or a story

An oral tradition, or a story passed from person to person would only be reliable if the validity of the contents could be tested, and corroborated with objective evidence.

Otherwise the legends of Hercules might be considered factually correct. Theists and religious apologists seem to want to make 1 exception for their religious beliefs in this context. It's hard to imagine they can't really see the bias in their position.

Bart Ehrman is an atheist, and his atheism derives from his objective examination of how unreliable religious texts are, and paucity of objective evidence from Christian doctrine.

Rather than focusing on his scholarly credentials, why not offer some objective evidence for your religious beliefs?

I'm guessing if anyone could do this it would render Ehrman's opinion and all others entirely moot. Just as creationists opinions on species evolution are utterly irrelevant, because a weight of objective evidence supports it from over 160 years of global scientific research.

So only one conclusion can be inferred. There is no objective evidence to support christian beliefs or the existence of any deity.