It can be hard telling people that you're an atheist. What are some ways to do that?

Now, I am in no way equating atheism with theism. The former has logic and rationality as its basis, the latter has superstition and fear. It’s not even a decent contest. Yet when someone who has been a theist becomes an atheist, how do they tell their friends and family?

I will get a bit personal here. I was adopted as a child, and My adoptive parents were not exactly the religious type. Never made Me go to church. I was pretty smart as a kid, bored in class not because I didn’t care about what they were saying but because I already knew it.

I elected to go to Bible Release Time so I didn’t have to stay in the classroom and listen to the teacher tell Me things that I already knew. I set a record for memorizing the most Bible verses in the shortest amount of time. I was “awarded” a Bible for that accomplishment.

My adoptive parents were supportive of Me in whatever I chose. With one exception: when I was looking into Satanism, that’s when My mother said, and I quote: “I don’t know anything about it, but I don’t believe in it.”

I started going to church because a girl I thought was cute was attending their youth group. Nothing ever came of that, but I converted to Christianity at any rate. I was friends with a Christian girl with whom I was desperately in love but never had the courage to tell her.

I did have a “religious experience.”  I (in My understanding at the time) thought that I had seen God. It changed My life, and I say that unequivocally.

I spent the next several years trying to explain what I had experienced. I explored various religious traditions, Hinduism primarily, but also different sects of Christianity, some occult followings, Buddhism, and so forth.

I was actually considering a change to a different BS (belief system). I realized in one spectacular moment that it would just be changing one set of rules for another.

I was very much into role playing games (RPGs) as a teenager. D&D, AD&D, Palladium, Arcanum, Paranoia … I played them all. The basic setup was the same: people got together and took the roles of whatever character they created and the GM (or DM) guided them along the way.

I realized that one set of “rules” (whether it be for an RPG or a religion) was just the same as another. You could follow the rules or not. In the end, though, they were make-believe.

Many religionists direct their vitriol toward atheists. When I was Hindu, Christians would speak to Me nicely (for the most part). When I became an atheist that went out the window.

My friends and family were not as supportive as they could have been when I announced My atheism. To their credit, however, none has disowned Me or told Me that they never want to talk to Me again until I believe in God.

Some are not so lucky. Some people have announced their atheism and been ostracized, condemned and totally cut off. So no, this is not going to be a guide to how to “come out of the theological closet” and make everybody happy. That is not, in many cases, possible.

What I will say is that there is a good way and a bad way to do so. Yes, of course, “good” and “bad” are relative terms but hey, I’m writing this article and not you, so write your own damn article if you disagree, ok? This is what I’ve found works for Me.

How do you tell them? Well … you just do. I’m not saying that it’s easy. In My case I felt entirely alone. But I have to say that admitting My atheism felt a lot better than pretending to still believe. 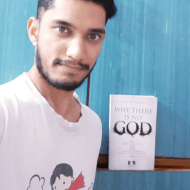 I was born in a log cabin in Kentucky … oh wait that was somebody else. I was born in Pittsburgh,PA and raised in a small coal mining town south of there where I was somewhat of a prodigy. I’m the reason that my school district implemented a “gifted” program because my parents were so relentless. We weren’t rich, but we were happy. Graduating high school at the age of 16 and college at 19, I took on the world until a car accident in 1989 disabled me. I have physical and psychological problems, all of which I’ll talk about.

Why I'm not a Homicidal Maniac

To The Addict: An Essay on Perspective