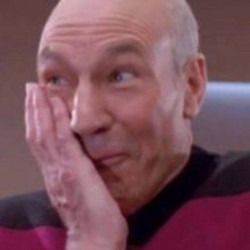 First of all i come from a state in India where 90-95% are Christian.Just yesterday this came out on the Post-Mortem section of our local daily Newspaper by someone who is a journalist by profession(not this paper or any for that matter)and respected in our society.I just get so frustrated and angry reading this kind of posts everyday in all our local newspaper.Wanna know what you guys think about it.

This are his words:

On a recent talk about the present political instability in our State by some concerned citizens, one of our friends expressed his opinion that our present political and socio- economic problems are all spiritual problems in nature. I for one fully agreed with his analysis of our present problems. But the question I asked the group was “Who has created these spiritual problems in our land?” After all no human problems come into existence without someone causing it to happen. However, as to its cause, we of course cannot say that spiritual problems are related to spiritual things and since God is a spirit, God must have created these spiritual problems in our lands.” That being an obvious illogical explanation, who then has created these spiritual politico-social and economic problems in our lands?
To begin with, let us first be clear about the following spiritual and material facts:
1. The material has not created the spiritual but it is the spiritual that has created the material.
Now, we all know that the material universe was not created by material human beings or material objects like stones, wood or material living cells like plasma or chemicals whatsoever. Here, so called scientific theories like the Evolution theory are just theories and not proven scientific facts. Only the naïve and the credulous blindly believe whatever the scientists say. In fact, at the end of the day, evolutionary scientists are asserting a most unscientific theory when they defend the theory of evolution. This is because modern science has now shown through Thermodynamics Law 1(The conservation of matter), that matter is totally incapable of creating itself. Hence, the only other logical and rational option is to accept that some other non material spiritual being created the material universe and all that is in it. And this is precisely where the theological explanation gives the only reasonable explanation. Now, the theological explanation says that God who is a spirit (Jn.4:24), has revealed through the Bible that the material world was created by him. In Gen. 1:1 we are told: “In the beginning God created the heavens and the earth.” Again in Heb. 11:3 we are told: “By faith we understand that the world was created by the word of God, so that what is seen was made out of things which do not appear.” The material therefore rests on the spiritual and not vice versa. And that being the case, the material has its existence from the spiritual.
2. The spiritual has given commandments and laws for the running and operation of the material.
This second fact means that all social, political and economic problems are ultimately connected to spiritual things and are therefore ultimately spiritual problems. Now, in our State, there is a tendency to think that when we talk about spiritual things, we are only talking about matters related to God, the Church and its activities. We think that by spiritual matters, we are talking only about salvation, attending Church services, tithing, baptisms, holy matrimonies etc. What we fail to realize as a result, is that when we talk about political, economic and social matters, we think we are talking about material and non spiritual things! We however must get out of this mindset and understand that, besides our spiritual and religious duties we also have political, economic and social duties which are all spirit related and therefore equally spiritual duties. For example, when the Pharisees tested Jesus and asked him what the greatest commandment was, he replied them saying that loving the Lord our God with all our heart and soul and mind and our neighbors as ourselves was the greatest commandment(Matt. 22:37-40). Now, we cannot divide this verse and say that the first section is towards God and therefore spiritual; but the second part being towards man is material. What I mean to say is that all duties of man- whether religious duties or political duties or economic duties lies in the realm of the material world. (After all, we don’t go into a spiritual world to perform a holy matrimony or to worship God). Now, in this spirit-material relationship, only God is outside the material world and is not dependent on the material world for his origin or survival. He is also not limited by the physical laws of the world. For example Jesus was not bound by the physical law of gravity when he ascended back to heaven after his resurrection. But the important thing that we have to understand is that the invisible God has given us both religious spiritual duties as well as religious political and social duties for our survival in this material world. Consequently, when we fail in these spiritual political and social duties, we have spiritual political and social problems.
Let us now consider how our irresponsible as well as deliberate acts of indifference to God’s political laws have brought about our present political mess. In my last article I had pointed to the fact that God is both the giver of our political as well as geographical identities. On this matter, Acts 17:26 says: “And he (God) made from one (Adam) every nation of man to live on the face of the earth, having determined allotted periods and the boundaries of their habitation.”

On and on he goes..blah,blah,blah 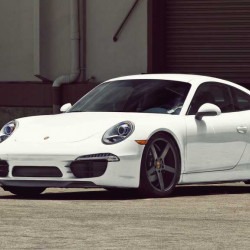 I think I would stop reading

I think I would stop reading the paper there like I did here many years ago. I pick and choose the news I want to hear as I don't often have time for all of the fluff or political/religious agendas the "news" channels turn out.

even if i stop reading the

even if i stop reading the papers here,others won't and i don't want the kids,the youths who read all this crap to start thinking like them(including my niece and nephews).But i'm not sure what am i to do.That's why i just thought maybe someone here might suggest something whick i could use.but thanks for your answer.

You are not going to be able

You are not going to be able to keep your niece and nephews away from this stuff. The absolute best thing you can do as their uncle and guide is to teach them how to apply critical thinking to this sort of thing. Ask them what they think about it, ask them how they arrived at those thoughts, guide them into looking at things with questions rather than blind acceptance.

I swear, if I hear the

I swear, if I hear the conservation principle being mishandled again, I'm going to scream. How much more could they possibly miss the point?

It's not new news in any way, but it seems like someone just old the Christians last year that they could butcher it to their advantage. 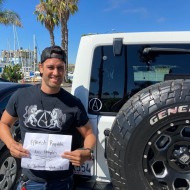 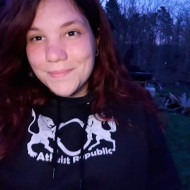