@ NOT Searching for truth

@ NOT Searching for truth

“I feel sad for you because, not for even 1 single post are you guys able to set aside the blind self-destructive hate you have and for 1 single post just be a person that can actually have a conversation not surrounded by blind hate and ignorance./cite>”

What is that saying about glass houses? It has nothing to do with "hate." It is a "dislike." Huge difference in meaning.

Hate – verb (used with object), to intensely dislike or passionately despise; feel extreme aversion for or extreme hostility toward; detest.

Dislike – verb (used with object), to regard with displeasure, antipathy, or aversion.

See huge difference. Hate even uses "dislike" in its definition.

As for your claim of "ignorance," you are the one who is showing the tremendous propensity for both ignorance (ig•nor•uns) and ignorance (ig•nur•uns).

Ignorance (ig•nor•uns) – to actively ignore something.

Ignorance (ig•nur•uns) – to lack the knowledge of something.

Again, what is that saying about glass houses?

On the nurture side of the nature/nurture we can be quite different, but we are still bound by basic nature drives that can give us similarities.

We pretty much all want to live, be respected, have friendly peers. Many of us are driven by desire to eat, have sex, all of our shit smells, we all grow old (if we survive that long!) and just about all of us fear death and change. We all had a mother and a father, we all were screaming babies at one time that would put anything our mouths including our own bodies secretions.

How we deal with all the above, that is where we start to see difference, but those base goals remain the same.

We all are a lot more like chimps and bonobos then we would ever care to admit.

Scarcity of land, and needed resources drives us to pack up and push differences over competition of scarcity. We have been in a time of relative abundance compared to ages past, and conflict has gone down, but as that scarcity increases again, expect conflict to increase again. We are already seeing powerful divides not in so much political and religious differences (although they are effected) but in the haves and have nots.

Jeff Bezos made 275 million dollars a day every day in the first half of 2018. Enough money for him and his family to live in the lap of luxury for the rest of their lives in one day earnings, while over a billion people face food insecurity every single day not knowing where their next meal will come from if at all.

Here's a link to SFT starting

Here's a link to SFT starting a thread in which in his OP describes transgender as a "delusional mental disorder", I don't see him getting much "unity" from most people hereon such bigotry as that.

Unity or common ground isn't likely with someone who denies the fact all living things evolved, and believes humans were created using magic.

Thanks, Dude. You saved me the trouble of looking for those. I doff me hat to you. Could only give you that 1 Agree.

SFT "After looking at all the

SFT "After looking at all the threads we have here I noticed there is 1 constant theme to ALL OF THEM and that theme can be summarized in 1 word as DIVISION. While I respect everyone's opinion "

That is a shameful lie...you are contemptuous of the opinions of atheists and have shown your contempt often, like this post of yours for instance...

You must think we suffer from amnesia.

A wise Buddhist once asked, "What is the difference between a bird singing on a branch and one singing in a cage?

2. "Almost everyone on both sides (theists and atheists) believe in being a good person is important."
Generally true - however - What is a "Good Person" in Islam?
"I propose that the major purpose of the Qur'an is to draw the picture of the ideal person by proclaiming (a) what he/she needs to believe (b) how he/she should perform worship and (c) how he/she needs to act within a society. This ideal person is a "muttaqi"-a true believer (muttaqin is the plural form). By describing the ideal person, the first five verses of the Al-Baqara chapter best summarize the whole content of the Qur'an. "

Honestly - I think you can keep your idea of what makes a good person to yourself. I want no part of it.

You are engaged in a fallacy known as an "Equivocation Fallacy." You are using the words "Live life to the fullest" and "Being a good person" in hops of finding common ground; however, there is nothing in these concepts that mean the same thing in the Islamic world as they mean in the English speaking world.

I suggest you try again.

1. Most people drink water when they are thirsty and eat when they are hungry.
2. We are all trying to make our way through life in the best possible way we know how.

These are much more realistic.,

This the man don't forget who

This the man don't forget who claims he is living rent free in our psyche. As If we'd know he even existed if e hadn't come here desperarate to preach his relgious spiel to us.

A man he believes this entire life is naught but a very brief stepping stone to an eternity with 72 virgins, each with renewable magic human that reforms itself daily.

I'm not so much looking for common ground as men in white coats to take him away.

Cognostic: "A wise Buddhist once asked, "What is the difference between a bird singing on a branch and one singing in a cage?"

Just wondering, but I always heard it as "A wise Buddhist once asked, "Why does the singing of a bird on a branch sound so much sweeter than one in a cage?"

It doesn't. I wouldn't

It doesn't. I wouldn't consider him wise. That would be a blatant value judgment. And the owner of the bird in the cage would obviously disagree. So, the question could be posed in either direction. "Why does the singing of a bird in a cage sound so much better that the one on a branch." Note: Nothing changes in reversing the question I have asked. "What's the difference between a bird singing on a branch and one singing in a cage." 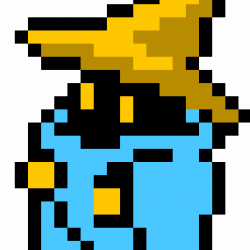 First I think I should say that division is a given in a debate forum. You might find unity posts more accepted in a general section. I'm still new however, so I may be speaking out of turn. If so, I apologize for that.

As to your points:

1 - I don't know enough Muslims to be able to speak to their life views. In my experience with the theists in general (mostly Christians, admittedly), atheists do tend to live life more fully just because they/we believe that this life is all we have.

2 - The urge to be a good person is more ingrained into us, I think. It comes from our empathy, our observations of how we want to be treated, and our ability to expand our desire to be treated well onto others. Our specific moral codes come from our parents and environment, I think. So I would argue that it is outside of religion and therefore I agree that it is something atheists and theists have in common.

The only caveat I have is that I don't know of any atrocities that have been done in the name of atheism. Atheists have done terrible things, admittedly (see Stalin), but MOST of those things weren't related to atheism and would likely have occurred regardless of their religious views (apart from Stalin - he did have policies related to atheism). While Christianity for example is responsible for the wanting slaughter of Muslims in the crusades, the torture of non-believers in the Inquisition, and the burning of witches, all of which could not have happened without Christianity. I admit, Stalin is one exception who enacted anti-theist policies, but there are many more examples of theist actions.

I do agree that on the whole, theists and atheists are good people who pushed themselves to do good works, but I think that there are some who take their religious books' urgings to treat non-believers poorly much too far.

I appreciate this post and I certainly agree with the idea that unity is much needed and also a good thing, but I don't see anything wrong with a healthy, respectful debate either. Cheers!

Edit: adjusted my argument on Stalin, who did enact anti-theist policies. Apologize for the error! 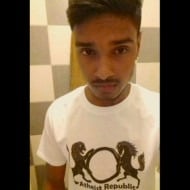 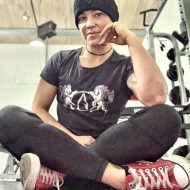