Originally it was a

Originally it was a reasonable reply to the reasoning of @Tulasipatti: but I clearly can not remember what the fuck we are being reasonable about. 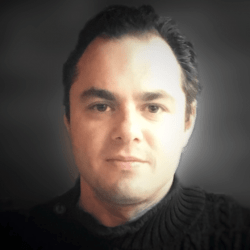 The Objectivist philosopher Harry Binswanger offers the following brilliant answer to the Pascal's Wager. If God existed, he would actually favour rational thinking people who would hold the atheist position, and would punish those who blindly believe in him. Get the book "How we Know" by Harry Binswanger for more information. Also, feel free to contact me privately with any follow up questions.

@Boris Reitman: RE: If God

@Boris Reitman: RE: If God existed, he would actually favour rational thinking people who would hold the atheist position, and would punish those who blindly believe in him.

Nice thought but completely out of touch with Biblical teachings. When has God ever been rational? When has god demonstrated the ability to make a good decision? We are talking about a fellow who fucks up time and time and time again in the Old Testament and then when he decides to change things the only solution he can come up with is a blood sacrifice of himself as his own son. This is the choice of a moron.

Why would he punish those who blindly believe, when it is specifically stated in the Bible that the ones who believe without evidence are "blessed"? You are assuming God is logical and there is NOTHING AT ALL IN THE BIBLE THAT SUPPORTS THAT CLAIM. Pascal's Wager, on the other hand. is COMPLETELY Biblical. Pascal would certainly make the exact same claim.

JOHN:
29 Jesus saith unto him, Thomas, because thou hast seen me, thou hast believed: BLESSED ARE THOSE WHO HAVE NOT SEEN, and yet have BELIEVED.

BELIEF WITHOUT EVIDENCE IS SUPPORTED THROUGHOUT THE BIBLE.

Hebrews 11:1 King James Version (KJV)
11 Now faith is the substance of things hoped for, the evidence of things NOT SEEN.

FAITH IS THE EVIDENCE, not facts, not logic, not reason: ONLY FAITH.

This is exactly what Pascal is pushing. It is better to believe and reap the rewards of heaven than to not believe and risk hell. Believe because you can get a reward for your belief. THIS IS PASCAL'S POSITION. The reward outweighs the punishment so you should believe. FAITH IS ALL YOU NEED.

GOD IS NOT, NOR HAS HE EVER BEEN A RATIONAL BEING. You are making two assertions. 1. God must exist. 2. God is capable of rationality. CLEARLY NEITHER CAN BE EVIDENCED.

Maybe religion is a lazy god

Maybe religion is a lazy god's way of sorting out the idiots and corrupt from the thinkers. Maybe they are going to the scrap heap.

Maybe there is a Pascal's wager going on, but the parameters are not blind obedience but rational thought and cogent thinking.

@Mikhael
"but in a modern world with so much access to actual history and knowledge, could anyone on the fence actually take the wager seriously?"

If the person was truly "on the fence," it would be the same as having the same wager about some other unevidenced idea.

Let's take the color red, in some cultures red is good luck, good fortune, good karma etc. Make the same wager, if red is not lucky you have not lost anything, but if red truly is lucky, you have gained everything.

The nice thing about this example is: the same problem pops up, what is red? Which color "red" are we talking about, is it "red enough" maybe the lucky color is a lighter shade of red, or maybe a darker one. People do not agree even among those shades of red are considered lucky. it turns into chaos, and the wager falls apart in the face of reality.

To me, when one considers it that way, would you take the red color wager seriously if you were "on the fence about it?"

For me, I think hitchens

For me, I think hitchens nailed it when he said that he would not partake in Pascal's gambit.

And that the god as described by the various religions in this world ought to know what would be compelling as evidence and should be able to provide that.

Furthermore, that his spokespersons in this realm had clearly made an absolutely awful attempt at demonstrating his mere existence, let alone the other far fetched nonsensical claims.

And I suppose if a god couldn't accept that, then he's not one I wish to know in the slightest.

Either way, its bollocks and the notion that there is a god has all the evidential proof of punk rocking fluorescent goats, bouncing off the ice rocks that make Saturn's rings.... blindfolded.... on pogo sticks.... whilst singing Metallica's "master of puppets"..... in DANISH! 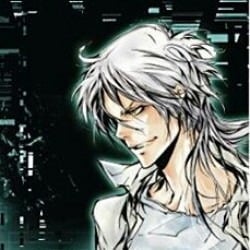 Idk man if join a religion if

Idk man if join a religion if I had that kind of worship service :p Thanks for the reply and something to look into !

Probability of existence of

Probability of existence of God and the contrary is not equal. Though I do not know(nor do I think anyone else knows) what the probability of its existence is, I guess it to be of very little value. However small the probability is, there is nothing to gain on the other side and nothing to lose on the GOD side.
Now, one would be faced with the task of choosing the bullshit in which (s)he shall believe. Now here, I think that Christian, Islamic, Hindu heavens are not so good. I'd rather remain at home than go to any of them. At this point, one should create his/her hown religion and design the heaven as pleased. Then (s)he shall believe in it.
Of course, I cannot say what Pascal would do but I guess that as he was brilliantly intelligent, he should think about my way. Surely he would get it that this is sarcasm.:b

The idea that there is no

The idea that there is no cost associated with believing (and being wrong), seems incorrect.

@Mikhael: A modern day Pascal would have to wager. There is no choice. If he didn't, someone else would. Pascal's wager is part of Biblical teaching.

26 A week later his disciples were in the house again, and Thomas was with them. Though the doors were locked, Jesus came and stood among them and said, “Peace be with you!” 27 Then he said to Thomas, “Put your finger here; see my hands. Reach out your hand and put it into my side. Stop doubting and believe.”

29 Then Jesus told him, “Because you have seen me, you have believed; blessed are those who have not seen and yet have believed.”

KEY TO THIS PASSAGE: "BLESSED ARE THOSE WHO HAVE NOT SEEN AND YET BELIEVED."

It is better to believe, even without evidence, for then you will be blessed. The alternative is not very pleasant. Religion is not real big on "THINKING."

Do you think with this

Do you think with this evidence a modern day Pascal would still wager?

I would highly doubt it, given the preponderance of evidence.

First came across Pascal's Wager when I was about 16, proposed to me by a Catholic

I looked at the person as if he were mentally deficient.

Growing up in the Catholic tradition, my view of God was of a being of superlative attributes. They included omniscience . Pascal;'s wager assumes it's possible to fool god .

My immediate response was god would see inside my heart/mind/soul. Pascal's wager would benefit me not an iota .

There is a similar view in Buddhism; that good done with the sole motivation of gaining merit gains no merit. Merit may only be gained through good for its own sake, from compassion, which is not at all sentimental .

The Buddha said " above all , loving kindness"

Pascal's wager would be worthless in any religion of which I'm aware . Don't know for sure in Shamanism and animist religions.

I guess it's possible that I've missed the point. Wouldn't be the first time. 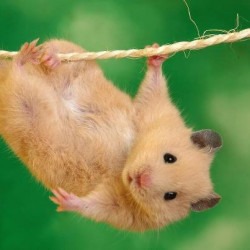 Pascal's wager is a false-dilemma fallacy. Which god should I believe in? 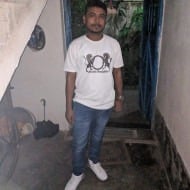 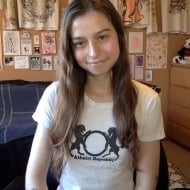 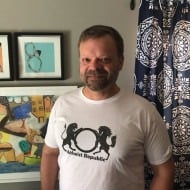