Religion has undoubtedly played a major role in the history of the world. Religious people make up the majority of the world's population, and the cultures of the world have been heavily shaped by religion throughout the centuries (1). It's easy to assume that beliefs that are so widespread must have at least some kernel of truth. After all, how could so many people believe in God if it weren't true?

In reality, there are many problems with this line of reasoning. First, it ignores the historical and cultural context in which religion formed and changed throughout the centuries. The world's cultures did not independently arrive at religious beliefs and stick with those beliefs, unchanged. Instead, religions were frequently formed through complicated circumstances, including invasions and militaristic takeovers, and ideas were stolen, borrowed, and modified by conquering nations (2).

Ultimately, the idea that a large group of people believing in something automatically makes it true is a logical fallacy called argumentum ad populum (3). Widespread belief in something does not make it real, and things can exist in reality regardless of whether you believe in them. Simply stated, the truth is true even if no one believes it, and untrue claims are still untrue even if everyone believes them.

Beliefs Do Not Influence Physical Reality

Throughout history, popular beliefs have been proven wrong repeatedly as new evidence comes to light. One widely held belief throughout history was geocentrism, or the idea that the earth was the center of the universe. This was successfully proven false in the 1600s by scientists Galileo, Copernicus, and Kepler, and today, our space program makes it clear that planets orbit suns not just in this galaxy, but all of them (4). Nevertheless, some people today continue to believe in geocentrism regardless of the ample evidence against it. A Google search on the topic turns up groups with names like "GalileoWasWrong.com" and "FixedEarth.com" that insist that centuries of scientific evidence are false. Of course, their beliefs have no effect on reality. Regardless of what these people believe, the earth continues to rotate around the sun as it always has.

Science fiction author Philip K. Dick once stated, "Reality is that which, when you stop believing in it, doesn't go away." This touches on the heart of the argumentum ad populum fallacy. Physical reality does not require belief to sustain it, and belief will not modify the rules of the universe.

Religious Belief Is Widespread, but Specific Beliefs Are Not Universal

Even if the widespread nature of religion gave significance to the claims of theists, it would be difficult to determine exactly which claims it supports. After all, the world is made up of many different religions, and none of them agree about the nature of God. If God were truly responsible for religions being so widespread, wouldn't it make sense for those religions to have more in common?

Most religions claim that theirs is the only true religion. Ultimately, if religion is meant to describe something that exists in physical reality, rather than a subjective mental or emotional truth, every conflicting religion cannot be correct and it is possible that all of them are wrong.

If anything, the pervasiveness of religion throughout history and across the world might say more about people than it does about any hypothetical deity. Similar to the evolutionary process of living beings, it is possible that religions have evolved as a self-replicating set of ideas in a way that take advantage of our natural sentiments and desires to increase the rate at which they spread while disguising their true nature (5). As the philosopher Daniel Dennett explains: “If (some) religions are culturally evolved parasites, we can expect them to be insidiously well designed to conceal their true nature from their hosts, since this is an adaptation that would further their own spread.” The religions that we have today are a small fraction of all religions that have existed throughout human history. The ones that we are left with have survived because they have more effectively adapted to attract and hold the allegiance of many people.

Researchers at Ohio State University have identified 16 separate psychological desires that motivate people to seek religion, such as honor, idealism, acceptance, interdependence and fear of death (6). It is likely that religious beliefs have been so widespread because they tap into the psychological desires of many people, not because there is any external proof of their veracity. 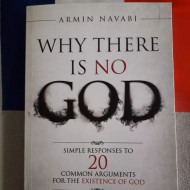 What is a Religious “Radical” – A Quick 3 Questions Test

10 Questions Towards Understanding Hinduism – The World's...

So many people have died for God. How could it not be real?