For many believers, religion does more than provide answers about the nature of reality or moral life. It also provides a social framework and support system, and this can make up the backbone of a person’s cultural identity. In some places, culture and religion are so tightly entwined that they become inseparable, and rejecting the tenets of religion can impose feelings of isolation.

To be sure, churches, mosques, temples and other religious communities have many beneficial features. They host social events and facilitate friendships. They provide support, offer counseling services and pool resources to offer financial support. Some religious groups are active in their communities, and many well-known charitable organizations have religious roots.

However, the benefits of religious communities do not prove the existence of a deity. If anything, what they do prove is that people can be mobilized to do great things to help themselves and each other when united under a common goal. The benefits of belonging to a religious community are not uniquely theistic, and it’s possible to get similar results through a secular community without any of the more harmful aspects of religion.

There is no evidence to suggest that God helps people. There is, however, ample evidence that people can help themselves and each other. As such, the benefits of a religious community can be found in any group of people united toward a common cause. Many atheist groups and organizations also exist to provide a sense of community and support for non-religious people.

Positive Experiences Do Not Prove God

Subjective experiences cannot serve as evidence to support the claim of a deity. The same is true for a person’s experience as a member of a church, mosque or temple. A person’s experiences within a particular religious community may be positive, but those experiences are by no means guaranteed or serve as proof of the existence of God. Atheists and theists alike can suffer from depression or overcome adversity; this does not affect the argument for God in any way.

Helpful people or beneficial communities are not localized to any particular religion. Many advocacy groups are secular, such as Doctors Without Borders and UNICEF, and it’s hard to ignore the contributions these groups have made. Clearly, it’s possible to make a positive impact without God; a beneficial community, therefore, does not require a deity nor provide evidence for one.

Furthermore, not everyone who attends church will have a positive experience. Additionally, many terrible crimes have been committed in the name of God, including wars, genocide and suicide cults. If the positive things that can happen in church are evidence of God’s benevolence, then would these negative outcomes be evidence of God’s cruelty? To suggest otherwise would be special pleading.

What About the People God Doesn’t Save?

For every story about how God or religion has brought about good things or events in a person’s life, there are also religious people suffering. Believers experience hardship. They can get sick, suffer from depression, endure domestic abuse or die prematurely, just like anyone else. If God is really responsible for all things that happen in a person’s life, he must also be responsible for the bad things or at least allow them to happen.

Prayer culture can have an insidiously devastating effect on an individual. According to many believers in the power of prayer, all things that happen are God’s will, and you can change your circumstances through an appeal to the deity. For many, this means that if their prayers are not answered, it’s their own fault; they prayed incorrectly, didn’t believe enough, are not godly enough or do not ask for the right thing. On the other hand, if things are going well in your life, it’s because your prayers have been answered or because God is good and merciful.

This can create an environment of crippling insecurity and learned helplessness. These religious messages teach people – especially young people – that they are not in control of their own lives and do not have the power to shape their own destinies. The psychological consequences of this can become devastating. Psychologist Dr. Marlene Winell refers to such problems as Religious Trauma Syndrome, a cluster of symptoms including anxiety, depression and social functioning troubles caused or exacerbated by religious indoctrination (2) 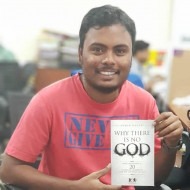 The Purpose of Prayer

The Passion of the Atheist - The Issue of Benevolence (part1)

In Defense of Secular Parenting