In the previous piece, I briefly described the ego and how it employs various defensive strategies to keep its contents (beliefs) intact, regardless of whether they are true or not. Although I will also be addressing certain neurological factors associated with the cognitive errors of theism and religious faith, the concept of the ego forms the psychological foundation of this entire series, as the mental strategies and devices employed to protect errant beliefs could be argued to result, at least in part, from both the fear and hubris of the believer’s ego.

Egocentrism and Cognitive Dissonance – Enemies in the Mind

Egocentrism describes a preoccupation with one’s own beliefs about the world. Put simply, it enunciates the immature failing to understand that the world appears differently to different observers. [1]

Despite strong prostrations to the contrary, open almost any religious book and you will find the soil in which unhealthy egocentrism is sown, particularly within the insane compendiums that form the foundations of the exclusivist Abrahamic faiths.

Surely the true religion with Allah is Islam…and whoever disbelieves in the communications of Allah then surely Allah is quick and reckoning.  ~ Quran 3:19

The mentality seems to be; “My beliefs, my god, my religion, my, my, my; me, me, me.” I think it is fair to say that this crude preoccupation with such stagnated, and stagnating beliefs, has been at the heart of much of the chaos wrought by both Islam and Christianity throughout their sordid histories.

The Muslim conquests, the Christian Crusades, the Spanish and Goan inquisitions, the Fatwas, the apostasy-inspired murders, the oppression of women, the execution of heretics and homosexuals, the religious wars; all of this chaos can be explained by the psychological immaturity of exclusivist, and false-certainty-producing faiths.

“Tolerance grows only when faith loses certainty; certainty is murderous” – Will Durant

In the quote above, Durant was referring to the mayhem and madness of the Spanish Inquisition, but what can we take from this insight?

Tolerance requires understanding, and understanding, in turn, requires psychological maturity. I imagine this is why we don’t see too many scientists strapping bombs to their bodies to defend Darwin’s theory of evolution, or why not too many secular humanists lobby their governments to strip the human rights from same-sex couples.

According to the Concise Corsini Encyclopedia of Psychology and Behavioral Science:

“All psychological development may be described as a progressive loss of egocentrism and an increase in ability to take wider and more complex perspectives.” [2]

But how can a true believer ever truly tolerate other points of view if they have as their central or core belief, the perfection of their own “divinely inspired” worldview, particularly if that worldview has as inbuilt defense mechanism, i.e., the belief that any contrary worldview is inherently evil? How can they possibly take on wider and more complex perspectives about the world? Short of realizing that their beliefs are wants, not necessities, they can’t. So what happens in the mind of the believer when someone presents them with facts that come into conflict with their core beliefs? The believer, as we saw in the previous piece, will be forced to reconcile such dissonance-producing information with rationalizations, denial and other psychological strategies. Once again, these defensive strategies are probably the result of the ego’s fear of legitimate suffering, and it is this suffering that I would like to address now.

To further illustrate the effects of cognitive dissonance, one need only reflect upon the reaction of the Church when Copernicus first published his; ‘On the Revolutions of the Heavenly Bodies,’ in which he correctly put forth the idea of a heliocentric solar system in contradiction to the biblical and ecclesiastic model at the time; the trial of Galileo; the execution of Giordano Bruno, or observe the continuing controversy over the fact of Darwin’s theory of evolution.  If history has taught us anything about the antagonistic relationship between religion and science, it is that if a scientific fact cannot be reconciled with scripture, and that fact strikes at a core belief incapable of being rationalized, it will be rejected and denied for belief’s sake.

“I’m a Christian. I can’t prove it to you, but God has shown me clearly through his word and through his son that it is true. No one will convince me that the word of God is not true.” ~ Ken Ham (Christian Creationist)

The resolution of cognitive dissonance quite often results in the “successful” defense of established beliefs, and this may be the result of both the ego’s fear of suffering and also, it could have something to do with the related concept that psychologists refer to as the ‘primacy effect.’  The primacy effect is characterized by a tendency on the part of the observer to be more influenced by [beliefs] that are presented earlier than others, regardless of reason and evidence. [4]

The father of cognitive dissonance theory, Leon Festinger, described the obstinacy of established convictions in the following words:

“A man with a conviction is a hard man to change. Tell him you disagree and he turns away. Show him facts or figures and he questions your sources. Appeal to logic and he fails to see your point…We have all experienced the futility of trying to change a strong conviction, especially if the convinced person has some investment in his belief. We are familiar with the variety of ingenious defenses with which people protect their convictions, managing to keep them unscathed through the most devastating attacks.  But man’s resourcefulness goes beyond simply protecting a belief. Suppose an individual believes something with his whole heart; suppose further that he has a commitment to this belief, that he has taken irrevocable actions because of it; finally, suppose that he is presented with evidence, unequivocal and undeniable evidence, that his belief is wrong: what will happen? The individual will frequently emerge, not only unshaken, but even more convinced of the truth of his beliefs than ever before. Indeed, he may even show a new fervor about convincing and converting other people to his view.” [5]

I’m sure many of you can relate to Festinger’s enunciation of the stubborn and irrational nature of the believer’s reluctance to accept facts that clash with their out-dated ideologies, and hopefully, after having read this short little piece, you may find some comfort in the knowledge that there is virtually nothing you can do to change the mind of a believer.

“You can’t convince a believer of anything; for their belief is not based on evidence, it’s based on a deep seated need to believe.”  ~ Carl Sagan

“We cannot teach people anything; we can only help them to discover it within themselves.” ~ Galileo Galilei

Read Inside the Mind of the Believer: Part 1 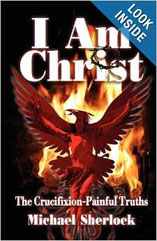 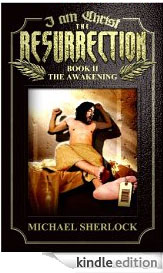 One Year Refugee... A Journey to Death or to Rebirth