Religion, particularly organized religion, provides many people with a sense of purpose and community. Religious communities can have many beneficial effects and often sit at the core of a person’s cultural identity, but that does not make the claims of those religions true. In reality, religion itself does not assign meaning to an individual’s life. Instead, individuals choose to give their lives meaning through the activities they pursue and the convictions they hold. Meaning can be found outside of religion, and seeking one’s own meaning in life can be far more fulfilling than following the rules of an outside religious authority.

Religious Claims Are Not Proof

Believing in something does not make it true. Similarly, wanting something to be true does not affect its likelihood of actually being true. I might want to be a billionaire, but wanting it does not cause my bank account to swell. If I say that I’m a billionaire without anything to support that claim, no one has any reason to believe me. And if it turns out that I am not, in fact, a billionaire, then I am either a liar or delusional.

The same is true for religious beliefs. It doesn’t matter whether believing in something makes you feel better about yourself or gives your life meaning; if there is no proof to substantiate those beliefs, they cannot act as evidence about the nature of reality.

When a person says, “Without God, life has no meaning,” what he’s really saying is: “I want to believe that life has meaning, and I can’t imagine how that’s possible without God, so I want to believe that God is real.” While this desire is understandable, it’s neither convincing nor necessary. It’s possible to have a meaningful life without any religious convictions, and relying on religion to provide your life with significance can be psychologically damaging.

When you seek validation and meaning from outside sources, you risk being failed by the same institution that previously gave meaning to your life. Moreover, the culture of religion can lead to identical group thinking and loss of objectivity. When actions are informed by beliefs, false beliefs can give rise to dangerous or harmful actions.

An Uncomfortable Truth Is Always Better than a Comforting Lie

In order to indoctrinate their followers and secure obedience, religions frequently tear people down, creating an emptiness that must then be filled with Jesus, Allah or any other deity. People are told that they are inherently bad or sinful and that the only way to become good is by giving over control of their lives to faith. As there is no evidence that any of that is true, religion, in effect, is creating an imaginary problem simply so that it can sell an imaginary solution.

The learned helplessness created by religion can open the way for charlatans and con artists to take advantage of gullible, vulnerable people. False ideas about the universe, including promises that good people are rewarded and sinful people punished, can set false expectations among believers and strip them of the tools they need to properly cope with the challenging events of their lives in a healthy way.

It’s often better to face reality head-on and attempt to cope with it directly rather than comfort oneself with deception. As Bertrand Russell once said, “No satisfaction based upon self-deception is solid, and, however unpleasant the truth may be, it is better to face it once for all, to get used to it, and to proceed to build your life in accordance with it.”

We Are Free to Create Our Own Meaning

There is no single outside force imposing meaning on the events of your life. There is no evidence whatsoever that people’s life events conform to some sort of divine plan or predestination. Life is, objectively, meaningless; given the size and scope of the universe and our tiny role within it, it’s absurd to think that we might have any sort of cosmically vital role.

The lack of external meaning to our lives can grant us a pleasant sense of freedom. Rather than being tethered by an outside force, we are free to explore the universe, seek answers to profound questions or enjoy simple pleasures, like sex and food. We have the ability to create meaning for our lives by setting worthwhile goals, working to improve the lives of those around us, enjoying our time on earth, making connections to other humans and loving our families. All of these activities are worthwhile, and none of them require the existence of God. 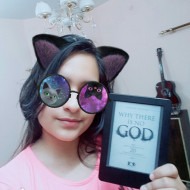