What’s the difference between charities selling themselves with testimonials and televangelists doing the same? Probably not as much as you think. To see why, suppose it’s 2:00 AM and on your TV a televangelist says he can heal the sick and feed the hungry through miracles. He offers nothing but teary-eyed testimonials as evidence. Do you just believe him? Of course not. Now suppose instead of claiming that he can literally perform miracles, he reduced the claim to merely being able to perform humongous achievements on the barest of budgets. Say, saving lives for under a dollar. Again, he offers nothing but teary-eyed testimonials as evidence. Should you believe him? No. As Carl Sagan said, extraordinary claims require extraordinary evidence.

The claim that he can perform wonders on tiny budgets has the same absence of evidence as the literally miraculous claim. Both claims require similar leaps in imagining the prowess of a shady character on no evidence other than the kind of testimonials every marketer offers. In fact, expecting the non-miraculous claim to be taken more much more seriously strikes me as similar to a situation like one Daniel Dennett once remarked upon:

The issue here is not purely whether a claim is coming from a televangelist or literally claims to be miraculous, but that it is unsubstantiated and potentially unjustifiable.

Fortunately, it’s not all bad news for charity. Some charities have in fact spent the same kind of research and effort into demonstrating their effectiveness as medicine has. Like with medicine, they recognize that when people’s lives are on the line it’s not enough to simply claim big results or make vague gestures that what you are doing is good. Instead of trying to sell you on giving them money by telling sad stories, these organizations point to a stack of scientific evidence demonstrating their effectiveness.

However, bold claims backed up by nothing but testimonials and emotional appeals seem to be a method of operation which many religious and secular charities share. For example, some malaria charities have claimed to be able to save lives for less than $100. The question which should be asked of them, and all other charities, is what evidence could they have for this and are they up front with this evidence? In this cases, upon careful examination the claim fell apart. Very often charities have no evidence for their effectiveness, and if they can’t produce strong evidence justifying their extraordinary claims, you shouldn’t believe them let alone give them your money.

But often it’s even worse than that if you think about what these groups say they will do with your money. Many churches and charities don’t even attempt to make a specific claim that your donations are particularly effective, only saying that they will be directed towards a charitable end. So even if they do work, there’s no reason to believe there isn’t a much better deal to be had with your money. You would only buy a house after looking at competitive alternatives and, given people’s homes (and their lives!) are often on the line, you should do the same kind of comparisons with your charitable donations. In fact, it turns out that some charities are many times more cost-effective than others. For example, deworming is over 50 times more effective than scholarships for increasing months spent in school for children in Africa. 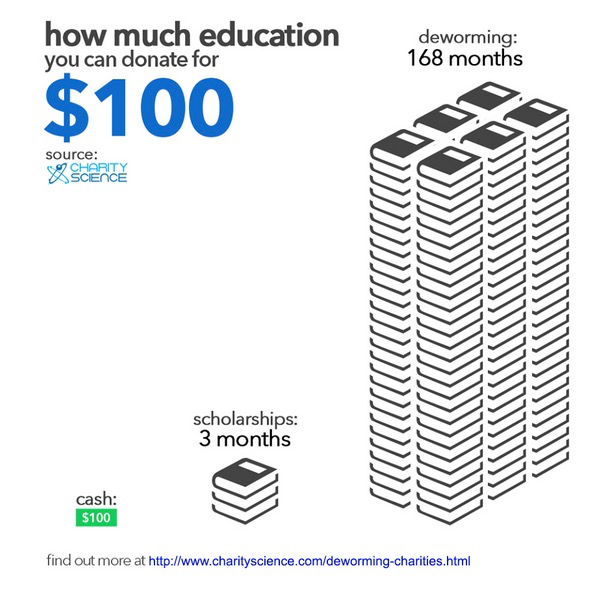 Because there is this massive difference in the evidence and cost-effectiveness for different charities, donors need to be mindful when giving. This is why recognizing and promoting demonstrably effective charities is what Charity Science is all about. So, if you want to do actual good with your money, instead of just hoping and praying you do so, I encourage you to check us out.

Growing up, I didn’t realize religion really existed. In my hometown, talking about religion made people uncomfortable, so my agnostic family never mentioned it. I only learned about Christianity in history class, alongside Greek mythology. In this very secular environment I grew up an atheist without even knowing the term. Now, I’m running Charity Science where I look at the scientific evidence and find charities that are proven to work. I then spread the idea of evidence-based altruism because I want atheists’ legacy to be that not only can we do good without god, we can do better.

Regressive Leftists: Your Privilege is Showing

Do Good and Evil Truly Exist?