A new syndicate of peddlers is competing for market space with the well-established merchants of faith. These latest pushers on the block are selling stimulants that promise an instant high, without the usual side effects of religion.

If the man of god was trying to hustle his transcendent product, this con artist doesn't even make the feeblest attempt of defining his woolah. This dealer sells a mirage of empty rhetoric and random words strung together, and takes on a variety of avatars – Spiritual Master, Holistic healer, light-worker (not to be confused with the Jedi order) and Channeller (not to be confused for a Comcast employee).

This spiritual hustler lifts the 'burden of proof' from over his head and throws it right back at you in a loopy trajectory hitting you square in the face. The asinine reasoning behind their delusions: You cannot prove it doesn't exist, and hence it is real. 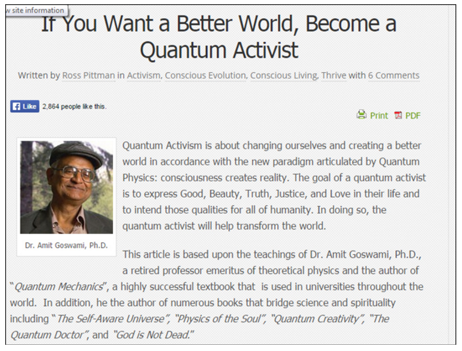 Unlike theists, you cannot challenge the healer on specifics. There are no edicts, no genocidal stories like in the Exodus, no barbaric justice of Deuteronomy, or the misogyny and bigotry of the Quran and Hadiths. Spiritual gurus are all smoke. They use copious amounts of technobabble; it's all about vibrations, energy fields and wavelengths of light. It's the same stuff that drives surveillance equipment, communication satellites and 4G mobile networks, they claim. So by their extended analogy, not believing in these mystical sinusoidal waves is the equivalent of denying wireless internet. These scammers have perfected the art of saying absolutely nothing with a lot of words, and turned it into a global industry. 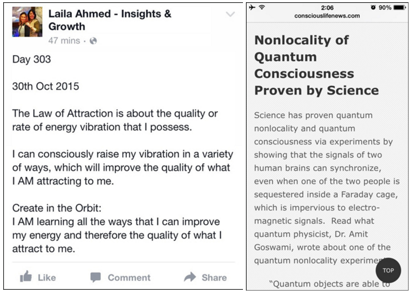 The spiritual shaman’s take on Quantum Physics would make Niels Bohr scoff in his grave.

Spiritual shamans go to considerable lengths to distance themselves from mainstream religions. They rarely invoke god in their sermons, and only as a vague analogy to "energy", when they do so. By remaining religiously nonpartisan they attempt to give a facet of "universalism" to their pseudo-science.

Here in India, where religious slights can trigger full scale riots at the smallest pretext, where any form of proselytisation is viewed as a virulent malady-- one in which the host organism must be burned at the stake ASAP-- spiritualists are especially quick to declare their religious neutrality. Perhaps this quality makes them more appealing to the yuppie urban Indian who has rejected the ethos of his/her traditional faith, and found another crutch to replace it with. A ticket to heaven is no longer a pursuit for those brought up in the lap of consumerism. Self-awareness, inner peace and 'balanced energy fields' are the new mantras that have replaced the traditional carrot of organised religion.

In my own ethnic community, this plague of pseudo-science has become epidemic. As descendants of Persian refugees, who arrived in India to escape Islamic persecution over nine centuries ago, Parsis are no longer satisfied with the archaic faith of their forefathers. The concept of dualism is too passé, the canon of good thoughts, words and deeds too tepid, the philosophy of righteousness too prosaic. The watered down version of Zoroastrianism left with them simply doesn't have the spice offered by the nuevo spiritualists. To fill up this void, they are turning in large numbers to alternate scams. Babas and healers have replaced the rector. Reiki and "light" (as opposed to darkness?) are the new metaphysical fads.

The spiritual con artist is as full of dung as his religious comrade, if not as dangerous. The only difference being light-workers don't fly commercial jets into tall buildings (not yet anyway). The former sells cosmic cures which are as dubious as the redemption and afterlife promised by the latter. Both prey on the insecurities of the masses. Both offer placebos for imagined symptoms.

As rationalists we must treat this pseudo-science with the same disdain as conventional religious dogma. They are two progenies of the same crafty varmint. 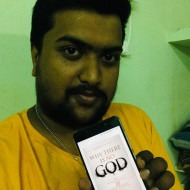 Engineer, Humanist, Oil Field Trash... and a bunch of things in between. When not drilling high pressure gas wells in one of the most challenging offshore zones in the world, you can find me halfway up a Himalayan cliff, grappling at a dojo in Tokyo or buying Bonsai trees in a remote Chinese province.