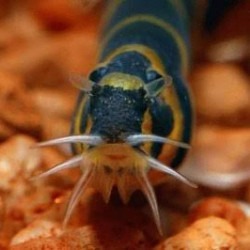 I remember a dog called Spot running in a book I had in school. And I used to read a book sbout a frog and a dog and a log to my son when he was a very little boy.

( I did think Dog had put his post together uncommonly well. Sensible. Cogent. Compelling...then I realised why.)

"That's a reflection of

Still waiting for TD to demonstrate some objective evidence for this claim beyond bare assertion. I don't believe the claim is true, and for the record it was this claim that I was minded to describe as misogynistic and chauvinistic.

Though of course and as I pointed out our nature might have once encompassed all manner of behaviours that we might on reflection now think are barbaric, cruel, pernicious and therefore immoral.

I hear so much about my inherent female nature that I wonder where mine is, Sheldon. Maybe my parents left the instruction manual at the hospital and didn't know I was supposed to have one, let alone where to find the on switch. 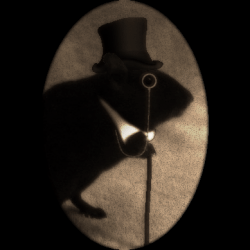 Most people are polygamous.

Most people are polygamous. Their polygamy is just spread through a large extent of time.

I have no problem at all with

If a group of adults wants to

If a group of adults wants to live together, or be together, or however they want to manage it, and they are all consenting adults, it's none of my business. I don't know how that works with kids involved. Or how marriage works in that context. But monogamy is not for everyone - not for many in fact.

I'm gonna have all seven of

I'm gonna have all seven of my wives read this.

SEVEN WIVES? Pickle me grandmother! I couldn't manage one!

Have no issue with polygamy or polyandry, .although I think polyandry is probably closer to nature in some species of animal , such as birds. The more colourful are males, who need to attract the female, who mates with a variety of males.

However ,it seems to me that male mammals have the urge to mate with as many females as possible. I'm thinking of lions, horses, sheep and cattle. .

As far as I'm aware, the same goes for other primates, such as gorillas and chimps although not with bonobos, who seem to be the happiest little fuckers on the planet.; utterly promiscuous. I'm sure that behaviour has survival value--EG bonobos would literally rather fuck than fight.

I am not opposed to any

I am not opposed to any relationships between any adults in any combination or number as long as everything is consensual.

I have never been in a polyamorous relationship, but I like the idea. If there are multiple adults in household who are all working and get along with each other as partners, I could see such an arrangement bringing more money and wealth into the household and raising the standard of living for everyone.

I have never been a jealous man, nor have I ever been possessive. I would also have no problem raising another man's kid as my own, as my own mother was a single mom when she remarried when I was 3 years old. I have dated women who were also dating other men, and it never really bothered me as long as everyone was on board with the situation, and there was no deception.

Robert Heinlein was polyamorous. He and his wife Virginia often took up with other couples, and much of this was reflected in his writing.

I think that there are more important things to worry about than being disproportionately concerned about what takes place between consenting adults behind closed doors.

@Kevin L. Re: "Robert Heinlein was polyamorous. He and his wife Virginia often took up with other couples, and much of this was reflected in his writing."

Ah-ha! I see you are a fan of Mr. Heinlein. I have read pretty much every one of his books, and some of them multiple times. Matter of fact, I am in the middle of "Orphans of the Sky" at the moment. About the third or fourth time I have read it... (so far... *chuckle*...). Interestingly enough, I accidentally ran across that one only within the last couple of years. Really wish I had known about it many years prior, though. Likely would have helped speed my escape from religion. Nevertheless, it was still a couple or three or four of his other books that did help set me on my path to breaking free. Fantastic writer, and quite the visionary. Considering most of his material dates back to around the middle of the last century, when reading many of his books it is almost as if the man could see the future. His work has had a major positive impact on my life and on my view of society in general.

In case you're interested, a new, unpublished novel of Heinlein's has turned up when historians were going through his papers.

It's called "The Persuit of the Pankera", and will be available in March. It features a lot of the same characters from my favorite Heinlein novel "The Number of the Beast", so I can't wait until it comes out.

As much as I absolutely love his books and writing, he had a reputation for being a nasty, mean-spirited, callous person . . . which I'm on the fence about.

What I can't decide is if he adopted the persona of a nasty person because fans and stalkers tended to plague his movements and endlessly violate his privacy, or if he was just one of those dichotomous, hypocritical people who was nice in public, and nasty in person.

In fairness to Heinlein, he was plagued by extremely severe health problems from middle-age onward (he had peritonitis, scarring in his lungs from tuberculosis, mini-strokes, and several other maladies . . . one after another), and I get a sense that he didn't spend time interfacing with his fans or the outside world because he chose to use all of his declining energy and time solely for his writing.

If this was the situation, then more power to him.

I once had a letter published in Analog Science Fiction and Fact about 19 years ago, and--because of a technical mistake--my complete home address was published in the magazine. I also didn't have an unlisted number at the time, and it was disquieting and unnerving having complete strangers showing up on my doorstep. They left notes, and disturbed women (or possibly men, for that matter) were sending me their underwear, room keys, and jewelery in the mail. I want to believe that I never became nasty with any of them, but I can understand why someone might.

In any event, I'll have an ebook of "Pankera" 10 seconds after it's published.

Oooooo... *clapping excitedly*... A "new" Heinlein book? Sweet! I'll have to keep my eyes peeled for that. I would be hard-pressed to pick a favorite. Although, "Starship Troopers" and "The Rolling Stones" were the first two that got me started on my journey into his works, so they will always hold a special place for me. The one I am reading now (Orphans of the Sky) is certainly within the Top 5, especially since I read it for the first time during the period I was making my final break away from religion. Naturally, several more of his books come to mind, but to choose a single absolute favorite just ain't happenin' for me... lol...

Yeah, I read a couple of things here and there about Heinlein being a rather.... hmmmm.... uh, "harsh" individual. And considering his many health problems, I would probably be something of a belligerent bastard myself if I were in his shoes... *chuckle*... Plus, considering his intellect and his personal social views during a time period when conformity to God & Country and the "perfect family" with the white picket fence around a neat little house was "The American Dream", I can definitely see how he might have "looked down upon" most folks with a sense of disdain. Regardless of his personality, though, the guy was one helluva writer... *chuckle*...

My favorite books of his were: The Number of the Beast, Time Enough for Love, The Cat Who Could Walk Through Walls, To Sail Beyond The Sunset, I Will Fear No Evil, Friday, Farnham's Freehold, and Grumbles From The Grave.

I consider him to be one of the greatest writers in modern times. It's unfortunate that science fiction has a reputation in the literary world as being unworthy of scholarly consideration.

I'll open a bottle of champagne when a science fiction novel wins the Nobel Prize in literature. 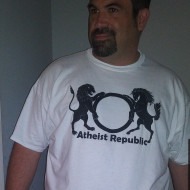 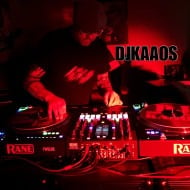