I know that your expansive vocabulary of three monosyllables is rather ill-equipped to absorb the crux of my correspondence. However, this being a day of some significance to you, I thought I'd pen down my hopes for your future and that of your kind. On the 8th of March 2042, you will be about as old as I am today. I hope for your sake, that you grow up to see a better world than the one we are in right now.

A world where crimes against women will provoke as much diabolical outrage in men as insults to apocryphal Gods and caricatures of medieval shamans do.

A world wherein your morality is gauged by the depth of your convictions, and not by the length of your hemline. A world in which your sexuality is not imprisoned in fetters to some bronze-age idea of 'clan honour'.

A world in which the barbaric cultural practice of clitoral excision and all forms of Female Genital Mutilation would result in the perps facing the muzzle end of a firing squad.

A world where the sanctity of a cell-cluster does not supersede the sanctity of your life and your right to choose; yet, I hope at such a time we no longer terminate them for being of the "wrong" gender either.

I hope by then we have evolved as a nation, wherein our lawmakers criminalize marital rape with the same zeal as they are now criminalizing innocuous victimless crimes such as blasphemy (IPC section 295A), beef steak and 'dance bars'. 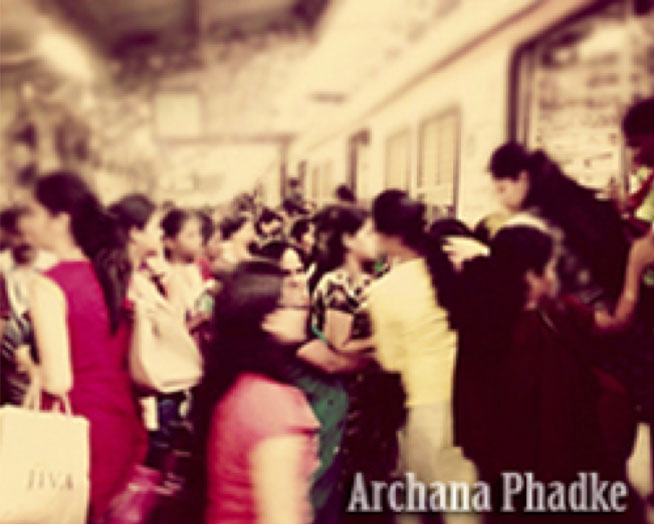 I hope you can board the 09:01 Panvel local at Kurla station on a Monday morning without being touched, groped or molested; carefree and at ease (if one can ever be "at ease" on a Mumbai local) like the rest of us male commuters on that train.

I hope you succumb to wanderlust as I have, travel far and wide - all by yourself - scale colossal Himalayan peaks and dive into the boundless depths of the seas, without having to look over your shoulder in trepidation of a lascivious stare from a predatory male.

Treat all sacred scriptures with disdain, for they have nothing divine to say about you. Instead, I hope you pore over Mary Wollstonecraft and Ayaan Hirsi with the same avidity as you would a Rowling or a Tolkien (and then I hope you agree that Tolkien is the better one of the two epic writers ;) ).

I hope you turn out to be an atheist, a feminist and a wee bit of an anarchist, and find the temerity to publicly voice your acerbic opinion and scathing criticism of religion and patriarchy (and I hope after that, you have more friends left than I do). 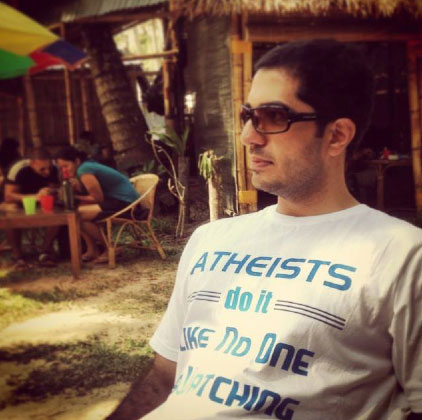 I will outwardly refrain from projecting my own aspirations on you, but secretly want you to be an Olympic judoka (much to your mother's chagrin). Though if you decide to take up ballet (like she wishes you would), I'd go along with that too. You may even follow me to the oilfield, cuss and spit on the rig-floor like the roughnecks, and yet retain the chic femininity to carry off those high heeled Jimmy Choo's at the end of the hitch.

I hope one day there is no vocation, no frontier off limits to the "fairer sex".  Do not shackle yourself to gender centric paradigms of a hypocritical society; do not scuttle your dreams for ascendancy of your "natural role" (for want of a better euphemism) as a mother or a wife. Realise them in spite of it. You are an individual first; your aspirations take precedence over the edicts of a farcical social order.

On the 8th of March 2042, I hope you wake up to a world wherein we no longer need a special day to remind half the human population that they must treat the other half right.

No, there's nothing for us to celebrate on this Women's Day. For today is not that day. Today I can only apologise to you for the gross injustice that your gender has been subjected to by the despicable androcentric ethos of my tribe.

Engineer, Humanist, Oil Field Trash... and a bunch of things in between. When not drilling high pressure gas wells in one of the most challenging offshore zones in the world, you can find me halfway up a Himalayan cliff, grappling at a dojo in Tokyo or buying Bonsai trees in a remote Chinese province.

Save Your Prayers for Someone Else

Is there any evidence that God doesn't exist?

The Authenticity Issue (part 2 of 2)

In Defense of Secular Parenting

The Passion of the Atheist - The Issue of Benevolence (part 2)