"The biggest name in history was here and walked this Earth and we don't know where the body is."

Great hope - Death is the

Great hope - Death is the only proof we need.

Great hope - There is endless proof of this stuff.

Great hope - Death will show us all more proof than you'll ever need.

Great hope - Y'all always asking for the proof that you'll never get.

@Nyar Re: Great Hope and

@Nyar Re: Great Hope and death 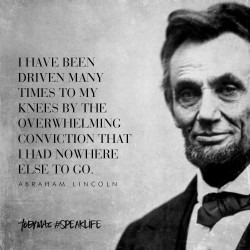 Can you see the picture of my

Can you see the picture of my tin man? I was having a problem posting it.

Are you going to stop preaching and offer something for debate?

I am guessing this means, No.

He also never explained, *that I saw scanning this thread* how he went from god is inside you and proof is in death, to his specific christian god. Huge huge leap there. His first posting could apply to any deity, including the dozen I just made up on the spot named deity 1 through 12. Then he starts talking about his christian god, jesus etc.

Another drive by proselytising, I feel used.

Forgive me, I don't know if

Forgive me, I don't know if you want me to respond or not? I don't have much time to debate. It seems wasted here as the comments have shown y'all have already covered everything. Also, only the tin man made me feel welcomed. I have 2 jobs and many other projects that I'm working on. All while heading a homeless ministry with 2 houses full of people who need hope. I have eccentric mind and learn quickly. But it's a gift and a curse for I select levels of importance. Words are so primitive compared to internal universe of the mind. Brevity is a luxury when discussing the single most important subject in life and death.

As y'all have stated that you have had some of the same beliefs before. I also have had all the questions y'all ask as well. That's why I say that you won't like the answers I have. The same answers that stare us all in the face until we take an honest humble look at them (for ourselves) leaving behind everything we have been told, and looking at only you and God, that's it. Some of us have more walls than others. But He's there. He will give you new sight and a new heart that will melt along the journey of discovery. But most people give up on the 2nd or 3rd conviction. Their heart hardens and they only look at how it's not possible. Producing expectation, that will kill every miracle. Then search for alternate truth out of order. This is my story.

I have no problem with saying I don't know much of anything. I've looked into a lot of different religions and truth and doctrines of wisdom, even looked into evil occultist, illuminati, ranks and offerings and summons. Which I highly don't recommend. All of which led me to one solid conclusion. All roads lead to God. But you have a choice on what it's going to be like. We didn't have a say in being created. But we do have a say in what we die with.

I know religion has messed up everything. The fear of hell is never even a thing. Religion made that up. I will drop some of my best findings from decades of searching for any and everything. These are not just crap videos. I hope you'll give them a chance if you have the time. This one clears up the subject of so called "hell" Watch "The Biblical Truth About Hell" on YouTube
https://youtu.be/rvkgRy2KIdg

Also when anyone talks about God, everyone already knows the God over all Creation is who they are talking about. Unless it's blatantly obvious from their Traditions and speech that they are apart of a select religion. The God over all Creation is and was before any word in any book was ever written. Everyone knows that when someone brings it up your mind instantly goes to "that" God. He even said that there are other gods. But everyone is always talking about this one. Some of them just let dogma and doctrines get in the way of the complete package. It's like the enemy knew exactly how to use religion. Making it go backwards. If your saying God is cruel and a unfair genocidal maniac? First, you are admitting God exists, but you don't like how He deals with evil and decay from our transgressions and iniquity causing maximum harm to the point of death separating us from what gave us life. Even though He warned us "this would happen." Because you admit to question God's morality. That has huge implications. That implies that He really spoke this into existence. Gave us life and a choice. Think about that one. That's the definition of power. We can't even wrap our minds around where God came from or whatever He is. Christ spoke in parables, so I'm sure describing God as The Father over all Creation. Is the simplest laments term that we could barely begin to grasp. Like fact 1 we are the created beings learning about what created us. Shoot, this is just speculation. But maybe the whole thing is a parable to get you to a place of perfect Nirvana before you die. Probably not. But dying with a cause is the best way to go. Here is another great break down of how you need to know God first before you search the plan. It's only like 6 minutes of your time, if you skip to 21 minutes in https://youtu.be/D1e3HvpBOdk
Here is another one debunking the other top "honourable mentions gods" https://youtu.be/30AunYXtYDg

So final thought and then I'm done. Proof is such a silly word. We are alive, we are really here. Just think about that for more than half of a second. I mean really. It's unbelievable. Yet I am forced to believe it because I exist. "Holy hand grenades of wonder batman???" This is amazing. But dang, I look around and I see that there is massive suffering and unfathomable evils. Too vast for any group to fix. And it seems to be picking up pace. We can do little to help the people around us. And we can make movements that change little parts. But as a whole? This ship is sinking. What power is behind this? Do our leaders lead? Who and what do we look to, before our short lives are up?

Here is the broken record again lol. Simplified to the max.
Give it an honest minute of your mind. Take a breath and let it breathe. Humbly admit that maybe it's not all the way impossible.

There is only 2 possibilities. God is. Or God is not. If God is not, then by default everyone gets the same thing. Whatever that is, without a master placer? Nothing changes and nothing mattered. Maybe its nothing, maybe it's a shift? There is no source of information that validates this authority.

Thank you for your time TYFYT

I wish you well Great hope.

I wish you well Great hope. There are no "winners" in this conversation, everyone lost a little bit.

Take care, and try to live a life of joy. 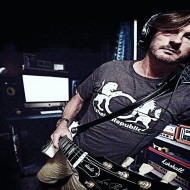