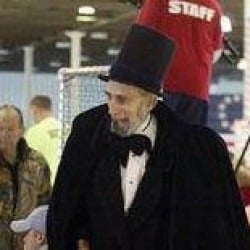 LET THE FORCE BE WITH YOU Instllment 2

PREAMBLE (so to speak) The dictionary edefines me as an Atheist, however, I do have a form or religion. And instead of God bless you, I say, “LET THE FORCE BE WITH YOU”

This post is part of my overall contention that there is no “Person” Deity and is dedicated to my specific religious beliefs and disbeliefs, and will consist of the basis of my reasoning followed by my position regarding specific Bible stories,
It should be noted that while I am not a true believer, I do think that by and large the Bible is a relatively true historical account of events both BC and AD,and further:
While I am a feverent believer in these things, I am not (repeat) AM NOT trying to convert anyone, I am just explaining my position If some of you agree, fine, if not, then retain your own veiws.
I am also not insisting or even claiming that my opinions are fact. no one will really know until they pass on the the next level (if there truly is one)

***
“Old wood” A poster I knew, likened my position as a loosely based religion --I agree with him. For all intents and purposes, this IS my religion, and I call it “Scientific Christian Spiritualism” Perhaps after reading this you will agree the name is fitting. It is based on my knowledge of, experience with, and interpretations of scienific developments, christian principles, and partial recognition of Ghosts and spirits.
Genisis: As I read it, Genisis and evolutionary science coincide, except for the definition of time, I believe the word day in the Bible could well mean era or age. As examples, in my younger years I knew a Church in Christ minister who believed that they all meant days, (except the first which was millions of years long.) another poster insists that because the bible says it, that each day was precisely 24 hours long. With thanks to another poster for intrpdocing me to aDr Schroeder (tho I have not yet been able to digest the whole report) I have found someone who veiws that time line, much as I do. By considering those days as ages, the stories fit, snd dino then has a place in the story.

In my beliefs, when a person passes on, it is only the life force that moves (perhaps called the soul) and if undestroyed by his or her own doubts, Can (be like a child to enter into the kingdom of God) “The force”, which according to my belief, is a secondary area of existence wherein these life forces co- mingle yet because they are an intellegence, can preceive any manner of comfort or privilege of which they can conceive ( heaven) In your dreams, or nightmares you can conceive almost anything) Scientificly this might be what is considered alternate existences (string theory).
At any rate, this is my Heaven, and I spoke of spiritualism, I believe in spirits and appaerations, and have experienced such visitations (from my Great uncle, my Brother, and my daughter). And I have been informed by a now deceased friend of matters which can not be explained by coincidence.
Do I deserve such a place? You be the Judge, My main credential is to try very hard to “ Do nothing Hurtful, Harmful, mean or unfair to any individual or animal”. While I am not perfect, I try very hard to live up to those standards. And yes, Tho it is sometimes hard to admit, we all judge people every day( perhaps under our breath)

TO Young earth believers and devotees, a question:, if the world is only several thousand years old, How do you explain Dino bones, artifacts and ruins of buildings and civilizations which are Scientifically dated to be 12 to 14 thousand years old, and construction techneques that even now,we can't duplicate,??

As to Christ. He is not the first to be credited with atributes and/or likestyle. Ancient Hebrew Texts relate a similar character some two thousand years BC. While I believe he existed ,and had the attributed followers, I believe he was a martyr and avid believer of his cause, but I don't believe he was God, or a god, any more that you or I are gods. I think we are all of part of the so-called God (the force) and the Force, in turn is the natural force which regulates what happens everywhere. I can't describe it otherwise, or it's true beginning, and It is somehing humans will never be able to learn

A common question between the theories “Which came first, the Chicken or the egg”. Creationists say the Chicken because god created all animals. The evolutionists, like me believe it was the egg, because the first egg that became a chicken was the result of the breeding of tho dissimilar creatures, nither of which could be considered a true chicken. ---there are other arguments, but lastly:

The flood. To make a long story short without precise mathmatical details, consider the following. The Ocean at the lowest is approx7 miles deep and covers 3/5 of the world therefor averaging about 4.25 miles deep world wide. The land is between sea level, and 7 miles above, and cover 2/5 of the world. That is therfore averaging 2,8 mile on the land mass (tho I believe it is much less)  and world wide 1.6 the difference necessary to cover the world (all but the highest peak, as defined in the bible), it would take an, ADDITIONAL 5.3 Miles of water world wide to make up the difference, MORE THAN ALL< THE EXISTING WATER ON EARTH two questions, where did that extra water come from, and where did it go. Evaperation???? My believe, based on scientic principles and examination,is that the flood was localized perhaps an extension or expansion of the Black sea due to natural upheavals, dpressions and disstortions of the earth and it's surface.

More will be forth comingif merited.
.

The force is already with you

The force is already with you, so may it stay with you always. 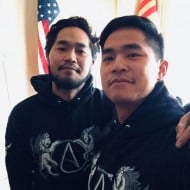