I think I have figured out why some Christians and some other believers feel the need to continually proselytize and catechize their beliefs. I saw this on a church billboard:

Every Christian is either a missionary or an imposter.
- Charles Spurgeon, British Baptist Minister (1834-1892)

The church itself sends it's people out into the world with the commission to spread their beliefs, the Good News, as it were. And I say that it is quite audacious to move through the world assuming that everyone else is wrong and your book is right.

Just think about that word, mission. I think of it as meaning a strong goal or conviction to perform some essential duty (my own definition, not from any dictionary).  In that case, some Christians feel strongly moved to spread their beliefs to those around them and that type of conversation can be nothing more than urging others to accept another person's small slice of reality.

When I was a believer, I remember the urgings to spread the gospel, the message that we, as Christians, are called on to share the word of the Lord. Even before ever having read the entirety of the holy books or before the dogma is truly known, believers are often encouraged to bring others to the church through their works...  Before even understanding the entirety of the teachings and writings of the church!

It is like preferring the words that come out of Kirk Cameron's mouth over those from Stephen Hawking...

But there is more. Implicit in the quote by Charles Spurgeon “Every Christian is either a missionary or an imposter,” is the message that believers are inadequate or shameful or not a true, loving Christian if they don't do their part to evangelize. It is insidious. And, again, I see the church using guilt and shame as a motivator and I find that reprehensible..

I have an aunt that I love who cannot hold a conversation without being the best Christian that she can be and that means proselytizing. It is impossible to talk to her without her expressing her fears of not sharing the afterlife with me. She lives in such a state of anxiety and terror of a hell-fire and tormenting afterlife! Other people that I love do it too, and I can't help but wonder what it’s like inside one's head to think that they are so moved to pass along messages that they find so essential...  I know that they are doing what is important to them. Also, they are so motivated by their fear.

What would it be like if we, as atheists, set out to educate everyone that we meet in the awesomeness of SCIENCE!  We could call ourselves Nye-lites, and make it our mission to spread the Good News of Natural Law!

Maybe we could even get tax exemptions... 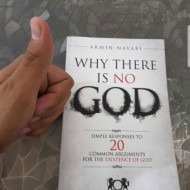 I am a Midwestern American, currently living in Brisbane, Queensland, Australia. I am an openly out joyful atheists with a penchant for science, literature, travel, theater, photography, studying all fields of learning, except for math which gives me hives, reading, blogging, and listening to the secrets of my children while we walk on the beach or cuddle under the blankets. I am an optimist, a lover-not-a-fighter, a person who thinks a bit too much and is a bit too sensitive... I am a homeschooling mum of two children (ages 16 and 12) and the wife of an amazing man. I love sweatpants. I believe in the inherent goodness of all people.

Royalty Is Another Facet Of Religion And Should Be Opposed

A Brief History of Popular Atheism in the West

Atheists and Our Fine, Furry Friends

The Vicarious Lives of Gods and Men