"In your worldview how can the Bible be wrong if truth and morality are subjective anyway. Your illogic is showing."

And it AIN'T A WORLD VIEW!! Why is it theists that speak and write English are so incapable of understanding and comprehending it?

READ THE BIBLE! Then come back and prove that are NO contradictions, NO errors, NO immorality, NO instances of your monstrous devil breaking its own commandments whenever it suited, NO violations of trust committed by your monstrous devil. I have already proven there are over 1000 such in the Bible you hold so dearly. And here is the outside link for you to follow. God's Nastiest Turd. Now I challenge you to prove that the verses listed on that page are not contradictions to a "merciful god."

And as Tin-Man said (and I am paraphrasing)...

“See that book over there? As long as you do not act like the god it portrays, you shall be able to live a good life.”

[Now I have to go back and find that post, plagiarize it so I can copy and paste it verbatim.]

You say my illogical is showing. You should look at your own illogical before complaining about others. You should also look at your evasion and avoidance when you spanked with the true truth and are incapable of proving it incorrect.

From this Point forward, I should start calling you John Breezy Jr. instead of AJ777.

You clearly don't know what

You clearly don't know what closed minded means, as you are one of the most closed minded people I've ever encountered. Open minded means you treat all ideas the same and without bias, monotheistic belief is the very opposite of that.

Why do you think it is immoral to torture children?

You're so closed minded you can't accept that anyone who doesn't share your superstitious beliefs is capable of morality, despite all the evidence that atheists compared o any level playing field with theists are at least as moral. It's hard too conceive of a more blinkered closed minded attitude than that.

Going back to JUST the OP…

We can try Epicurean Logic…

My choice? The magic sky faerie does not exist. Never has. Never shall. 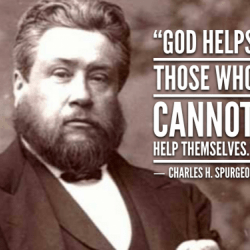 Those are two false dilemmas.

Those are two false dilemmas.

People of a Religious Absolutist bent are often chronically incapable of distinguishing what is true from what they wish to be true. — Richard Dawkins, The God Delusion

5 Answers To The Question, “Why Doesn’t God Heal Amputees?”
Sometimes religious people will claim that they were healed of cancer, or some other illness. They will have great joy that this sickness has departed their body. Then the atheist, almost in an attempt to steal that joy and put other people down, will come in and say, “ah, so God healed you. But why doesn’t God heal amputees?” The implication is that what the Christian will call a miracle, is not really a miracle. Why doesn’t God heal amputees, and show a real miracle that we can all see for ourselves? I think there are at least 5 answers to this question.

2 – The Bible does not promise that God will be our servant. The atheists like to proof-text passages that say that God answers prayers. Indeed, God does answer prayers. But it always happens according to his will. Universal and all-encompassing promises to fulfill every single prayer request is simply foreign to the Scripture. Every example of this steals the verse from its’ context. Thus the expectation of God to do every little thing that we ask of him is simply not something that any Christian would, or does, expect.

5 – What reason would satisfy you? The question is, “Why doesn’t God heal amputees?” What reason would satisfy the atheist? Suppose I could counsel with God’s will, and say, “God has decreed that this person live as an amputee for some greater purpose.” Then what? Would that answer satisfy them? How would they even know that this is not the case? Atheists are not looking for an answer to this question. They are just looking for a zinger that they can stick to Christians. They do not care about open and honest discussion. There is no reason that would satisfy them. The conversation ends at the question, “why would God heal amputees?” because the truth is that they do not want an answer.

AJ777, you wrote, ““God has decreed that this person live as an amputee for some greater purpose.” Then what?”

Then what? It would blow your claim of free choice all to smithereens.

CyberLN, How does this eliminate free will. Doesn’t seem to follow.

@AJ Re: "CyberLN, How does this eliminate free will. Doesn’t seem to follow."

Dude. Do you ever think about what you typing before you type it?

One one question need be asked.

If your human-created make-believe sky faerie does answer prayers, then why is the only malady it does NOT heal in answer to prayers is amputees? 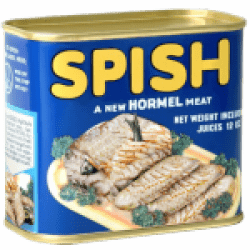 Do you have evidence that God does not heal amputees?

I feel that we do, in fact, have evidence that God does not heal amputees. For one, Christians are willing to claim just about any healing whatsoever was the "will of God", or that God had a hand in it. In fact, they go out of their way to do this and try to claim just about anything - even someone barely surviving a gunshot wound to the head - as a "miracle." So, it follows that if God actually healed an amputee, you Christians would JUMP ALL OVER IT. It'd be everywhere. In the news, being talked about in every congregation from east to west coast for months on end, you'd wave it in atheists' faces and pull it out as a point in favor of your arguments ALL THE TIME. I could do no more than laugh in your face if you tried to refute this point and say that these things wouldn't happen if you had a verifiable case of an amputee being healed after being prayed over.

But the reality is, you have no such case. And in fact, I attended a church where a few of the members literally claimed that a man's finger grew back in a session of prayer they had had the night before. But do you know how I heard this? Second hand, because they were all only whispering it to each other... that is, amongst known believers. It was "hush hush" apparently... but do you know what made it into the sermon that day? Do you know what was announced publicly? Some old woman's back pain apparently also abated that night before... they had her stand up in the audience and guess what?! She was bent over double, unable to stand straight! WTF? THAT is what you decided to highlight, instead of the finger-regeneration?!?! How? Wha...? What the hell sense does this make? I think I can tell you the sense in it... the finger-regeneration rumor was a blatant lie, that's what. Outright lying was going on, just because some religiously-affiliated liars wanted to feel all warm and fuzzy inside and pat each other on the back for a lie well-told in the service of "the lord."

So no explanation as to

So no explanation as to why unamiguous "miracles" don't occur in the modern era. Though the advent of the scientific method might be a large clue as to why such claims have diminished in almost direct proportion to advances in education and science.

A person would surely have to be delusional to claim not to have noticed that as the technology to record "supernatural events" has become ubiquitous, with a smart phone in almost every pocket, the number of claims for such "miracles" decreases in direct proportion, and even more tellingly seems to be confined to areas of the globe where such devices are as rare as a free and universal secular education.

Either deities are camera shy, or a far simpler explanation, one that doesn't require Occam's razor be applied, is available to us... 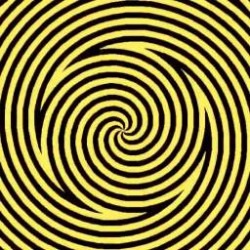 AJ777 : "Do you have evidence that God does not heal amputees?"

Do you even realize how asinine your question is?

It's like asking "Do you have evidence that no one has ever grown his limps back?"

It baffles me how someone could be so delusional to ask for evidence to prove the non-occurrence of something so bizarre.

And another thought for you

And another thought for you religitards to think of. 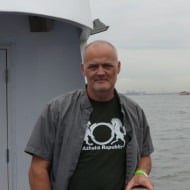 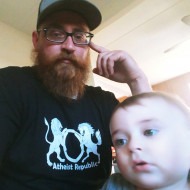